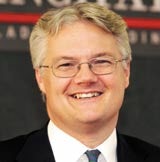 The appointment coincides with the building society’s appointment of Tracy Morshead as managing director of the retail business. He will be responsible for sales and marketing.

Morshead is a former marketer at Nationwide Building Society and Birmingham Midshires. He replaces sales and marketing director Bill Mayne, who left for personal reasons in the summer after 14 years at Principality.

The appointment of the brand’s first formal advertising agency of record was first mooted when Principality instigated a far-reaching brand review last year (MW October 16, 2003). WPP Group-owned brand consultancy Enterprise IG was appointed to look at how the building society could be transformed into a modern Welsh brand. It decided against a name change, instead opting to promote its mutuality and redesign its branches. The review was handled by the AAR.

The building society earlier this year also reviewed its media buying and planning arrangements, moving the account from BLM Clilverd to MediaCom North after a four-way pitch.

The building society has sponsored the Welsh domestic rugby championship, known as the Principality Cup, since 2001. It has 420,000 members and 50 branches in Wales, with another three branches in England. It conducts its business in both the Welsh and English languages. Principality Building Society also owns the Peter Alan chain of estate agents in South Wales.