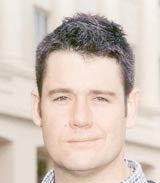 There is widespread confusion over what BARB measures: is it opportunities to see, or true audiences? Mark Ritson puts the case for changing its name

Guy Abrahams’ critique of our research on commercial breaks (MW February 20) was wonderfully entertaining. Articles that debate ad audience measurement have been thick on the ground lately. This is no bad thing and, in the spirit of debate, I would like to respond to Mr Abrahams’ “fundamental problem” with our research.

Abrahams claims I am ignorant of the “first rule of media”, namely that BARB measures opportunities to see and that “not all opportunities to see are taken”. He then goes on to point out that “one call to any media agency would have told [me] that BARB’s minute-by-minute tracking means that the price of a break varies by minute according to its audience size”. These two sentences directly contradict each other. Either his “first rule of media” is true, and BARB doesn’t measure the actual audience, or its system provides a minute-by-minute measure of the audience. Which is it?

This confusion is typical – many people in the industry have been happy to assume that peoplemeters are a device for measuring audiences.

In fact, as BARB has been at great pains to point out lately, the peoplemeter system does not measure audience. It measures the number of people in a room who could potentially be in the audience. There is a crucial difference between the former and the latter, but this appears to evade Abrahams and much of the industry. Perhaps this is because the accepted logic has been that, while not all people watch ads during the commercial break, there is a proportional relationship between opportunities to see an ad and the actual audience size for that ad: the so-called “exchange rate”.

Unfortunately, our research provides empirical evidence that in many circumstances the relationship between opportunities to see and ad-watching is either absent or negatively correlated. An example is the “friends effect”: in many cases, putting twice as many people in a living room resulted in decreased ad watching. While a peoplemeter assumes that one plus one is two, our research suggests that this assumption is empirically incorrect and thus strategically flawed. To put it simply: if you want to measure how many people are in a room, ask BARB. It has an extremely rigorous measurement system for room population. Those wishing to measure advertising audiences should not make the same fundamental error as Abrahams.

A sample of eight is, as we make clear in our paper, only an exploratory study. But eight measurements of the phenomenon under scrutiny are more valid than 5,000 of something else altogether. In the many responses to my “shock-horror revelations” I have yet to have anyone explain to me what the “A” in BARB stands for. If no response is forthcoming from the industry, there is surely a case for its renaming as BOTSRB. Perhaps then Abrahams will appreciate the difference between an actual audience and an assumed one.

Mark Ritson is assistant professor of marketing at the London Business School. He will present his research findings on March 5 at LBS. Details: lcrossingham@london.edu