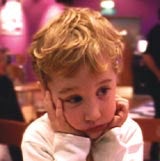 Butlins is reviewing its &£3m media planning and buying business, which is held by Mediaedge:CIA.

The holiday company is keen to build on its new brand strategy and direct-response initiatives. The pitch will be overseen by sales and marketing director Ruth Connor, and Mediaedge:CIA has been invited to repitch.

Butlins unveiled a new television and press advertising campaign, created by Mustoes, last Christmas (MW September 9, 2004). The campaign introduced the strapline “Kids love it” as part of a strategy moving Butlins away from its value positioning and focusing on its appeal to families with young children.

The ads showed youngsters crying because they were being taken to exotic destination such as Tuscany, then cheering when they find out they are really heading for Butlins. Mustoes was appointed in August 2003, replacing Senior King Communications.

Butlins also appointed Design UK to develop a new website and online strategy in support of the advertising.

Mediaedge:CIA helped broker Butlins’ three-year sponsorship of the Swimathon in 2002. The holiday company decided not to renew the sponsorship earlier this year.