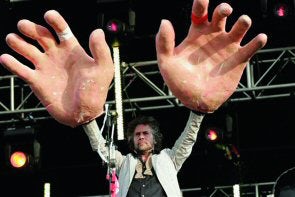 Consumers treat some sales staff more like bosom pals than people after their cash. Hairdressers are the classic “honorary” friends, which may explain why, last year, Peugeot gave stylists in Toni & Guy salons incentives to “seed” conversations with their clients about the 1007 in the run-up to the car’s launch.

Peugeot’s salon-based gambit, part of a much wider campaign to promote the car to its target female market, is typical of the quirky tactics to which brands are turning amid fears that consumers have grown immune to traditional advertising. Two such tactics are “buzz” and experiential marketing. Buzz aims to get people talking about brands. Experiential marketing, although often containing a buzz element, has bigger ambitions. Here the emphasis is on staging an “experience” such as a music festival or other live event where consumers can learn about, sample or – to use the industry jargon – “form an emotional connection and engagement” with the brand.

Off the Beaten Track
But while some brands have seized on these new approaches with gusto, others are holding back. Their hesitancy has its roots in a fear of the unknown. One concern is that experiential campaigns have no track record; another is that they are hard to evaluate and thus justify commercially. And if that were not enough to give brand owners cold feet, there is the frequently off-beat nature of the campaigns themselves – ranging from “multi-sensory” extravaganzas such as O2’s Wireless festival to bizarre creations such as the giant “immersive” caterpillar for parents to walk through at the Pampers World of Baby retail roadshow.

As Mick Rigby, joint managing partner at creative communications agency Monkey, puts it: “It’s the client’s head on the block. If it knows that a press ad or a mailing works because both are measurable and have a track record, then that’s what it will go with.”

None of this is to say that experiential marketing is inherently less measurable than other forms of promotion, but simply that the methodologies need to be fleshed out and put to work. Here, however, the industry runs into a chicken-and-egg situation. “If clients haven’t done experiential marketing before and don’t have the metrics in place, it can be hard for them to know where to start,” says Sharon Richey, managing director of experiential marketing agency LoewyBe.

To take the fear out of experiential work, LoewyBe has teamed up with market researchers and the London Business School to make it easier for clients to work out the return on investment from experiential campaigns and learn lessons to guide future strategy.

“We can identify which of the brand messages are most effective at influencing people, and how many minutes a ‘brand ambassador’ should talk to a consumer to have most impact,” says Richey.

Compromising Situations
Matthew Coles, a partner at Cardinal Research, has developed an “engagement” index for measuring the effectiveness of experiential campaigns, such as the extent to which people take advantage of the activities on offer. But he cautions against trusting research completely, saying: “Evaluating experiential is fraught with compromises at every turn.” Additionally, he warns that for small events the costs of gaining worthwhile data can rapidly outstrip the costs of staging the activity itself.

More fundamentally, Coles doubts the profitability of some of the initiatives he has witnessed. “The guys that set them up say it’s all about depth, not breadth, of experience. But some of these events are miniscule in terms of the numbers they touch. The return on investment is questionable.”

Less Means More
The argument that experiential marketing is less about reaching large numbers of people, and more about producing a deep and lasting effect, is pivotal. Compared to a primetime TV commercial, even large experiential events have a tiny reach. But what researchers hope to demonstrate is that, by favouring quality over quantity, experiential activities make more sales from a smaller pool of people.

“The crucial measure isn’t reach, it’s rate of conversion,” says James Layfield, managing director of strategic youth experience agency Lounge. To back this point, he cites a project for Central Trains involving rickshaw rides, free massages and elements of buzz marketing which, he claims, produced a 30% increase in ticket sales throughout the Midlands. “The same amount spent on ads would just have washed over people.”

And there is another effect that experiential marketers would like their clients to weigh in the balance – the value of involving people in an unforgettable experience that they will want to tell their friends about. There is just one snag with this. No one has so far worked out how to track the “chain reaction” effects • of experiential marketing. “We can already find out how many people someone talked to,” says Richey. “Our challenge for 2006 is to build an amplification model that looks at how many people they then talked to, and what those people learned about the brand.” Richey admits, however, that she doesn’t quite know how the model will be built.

Not everyone is enthused by the prospect of creating a merry-go-round of research, arguing that consumers will put up with only so much interrogation. The founder and executive creative director of experiential agency Sledge, Tom Beaumont-Griffin, acknowledges this tension, but argues that research need not be a burden provided it is “wrapped up” in a “fun” and “naturalistic” way. As an example, Beaumont-Griffin suggests seeding key questions in text-based competitions and games, or creating a special bar area for interviewing people in a relaxed setting.

How much faith can be placed in snapshot insights gleaned at live experiences, such as music festivals where people are very probably drunk, is debatable. It is for this reason that most researchers recommend limiting questions on the day to an absolute minimum, and doing follow-up interviews – at intervals ranging from a week to three, or even six, months later – to find out whether the event left a lasting impression and got people to buy the brand.

Suspicious Minds
For some businesses, however, the very idea of mixing a fun experience with brand-related research is problematic. Innocent Drinks hosts the Fruitstock annual open-air party in Hyde Park, which attracts around 100,000 visitors. “The point of Fruitstock is to say thank you to our customers,” says the company’s below-the-line marketing manager, Jessica Swinfen. “If we started asking people about their purchasing habits or how the event had affected their view of us, it might give the impression that we had an ulterior motive.”

Innocent’s concern to protect its reputation touches on the wider issue of trust. One of the principal drivers behind the growth of buzz marketing is the belief – confirmed in a study conducted by Gfk NOP – that consumers see other people as a more trustworthy source of information than advertisers. It is for this reason that some marketers encourage word-of-mouth recommendation by offering consumers sneak previews of their products and, in some instances, paying them to chat about their brands. This raises tricky questions about the ethics of buzz marketing.

Millward Brown Precis boss, Fergus Hampton, has no problem with brands that “create occasions” to get people talking. However, he draws a crucial distinction between “transparent” events and covert activities where, for example, employees masquerade as disinterested consumers. But there is another problem: a lot of buzz marketing is neither covert nor wholly transparent. It is just a bit murky.

Reputation is All
Buzz and experiential marketing are taking a bigger bite out of media budgets. As the medium grows, marketing directors will want proof that their investments are producing commercial returns. However, as they build their metrics, brands need to think not only about sales, but also the knock-on effect that their actions may have on brand reputations. Having co-opted word-of-mouth as a way of building trust in their brands, it would be ironic if marketers ended up destroying our willingness to trust those words.