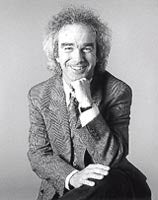 The BSkyB-backed Channel 3 News consortium has written to 30 top TV advertisers and media agencies to highlight the need for a “fair and open” tender process in the award of the ITV news contract, currently held by ITN.

In the letter sent out on Tuesday (July 17), Channel 3 News chairman Richard Huntingford writes: “You may have seen some speculation in the press that the outcome of this tender process is in some way already pre-determined and that the owners of ITV are unlikely to take this contract away from a supplier in which they also have a significant stake.”

Carlton and Granada, the two main ITV stakeholders, each have a 20 per cent stake in ITN.

Huntingford, also chief executive at the Chrysalis Group, adds: “It is our belief that ITV will operate a fair and open process in which, to protect the financial and editorial integrity of ITV’s news, the competing bids will be judged purely on their merits.”

The letter is also being sent to members of the Incorporated Society of British Advertisers’ (ISBA) Television Action Group.

A spokesman for ISBA says that it has yet to receive the letter and adds: “The appointment process is in the hands of ITV and we certainly do not question how this process is being carried out. We have no reason to suspect that it will not be a fair process.”

A similar letter has also been sent to the ITV companies’ top shareholders, making it clear that Channel 3 News consortium intends to offer “quality news at an affordable price”.

An ITV spokeswoman says: “We welcome competition for the ITV news contracts. It’s a fair an open process for both participants.”

Channel 3 News consortium, in which Bloomberg, CBS, Chrysalis Group and ITV licence holder Ulster Television also have a stake, is expected to try to undercut ITN. Bidding documents for the four-year contract have to be submitted by the end of this month.