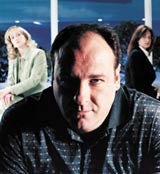 With its new digital entertainment channel E4,Channel 4 is not only limbering up to challenge Sky One’s hold on the youth market, but fighting to ensure its own survival in the digital broadcast world.

While Channel 4’s performance in digital homes is on a par with ITV, September viewing figures show its overall share of viewers fell by almost four per cent in digital homes (from 10.7 per cent to 7.1 per cent) compared with all homes.

Billed as a “must-see entertainment channel for 16-to-34-year-olds” E4, which launches on January 18 2001, is at the forefront of chief executive Michael Jackson’s plans to turn Channel 4 from “a pure terrestrial broadcaster into a multi-faceted media company”.

Dan Brooke, deputy managing director of E4 and digital movie channel FilmFour, believes new developments are necessary. “The world is going digital and if Channel 4 is going to retain its position in a 200-channel world it has to offer more viewing opportunities. It would be a dereliction of our duty not to do it,” he says.

While some have criticised Channel 4 for delaying its foray into the digital world – BBC Choice launched in 1998, as did ITV2 – Brooke believes the channel’s cautious approach has enabled it to learn from its competitors’ mistakes.

“I am not sure it is particularly late – only one-third of homes have digital TV. It is about being focused and having great content. And on both of those fronts, I think we are extremely strong. In a year’s time, when we compare the performance of E4 with its competitors we will see whether it has had a downside.”

After snatching the rights to both Friends and ER from BSkyB earlier this year, Channel 4 last week unveiled a programme line-up on E4 that includes a mixture of US and home-grown hit shows such as The Sopranos, Dawson’s Creek, Smack the Pony and Da Ali G Show.

In fact, E4’s opening-night schedule is a straight lift from Sky One’s popular Thursday night line-up: the first episode in the new series of Friends followed by a new episode of ER – and some detractors say that by pinning its hopes on two long-running US shows, the channel is putting itself in a vulnerable position.

“Look at old programmes like Friends and ER – they are declining assets. Friends is in its seventh run and ER is not the programme it once was,” says one critic.

Stuart Murphy, head of programming at BBC Choice, soon to be relaunched as the youth-oriented BBC3, adds: “It seems E4 is relying solely on US imports for its audience, which doesn’t guarantee long-term sustainability and audience relevance.”

But Brooke denies the channel is putting all its eggs in one basket and argues that, while the US imports will bring in the ratings, there will be plenty of room for new commissions showcasing fresh talent.

With Sky One repositioning itself as a mainstream channel competing against BBC1 and ITV, and BBC3 not expected to launch for at least another nine months, the channel is in a good position to build up a core audience.

While Sky denies the decision to extend its appeal beyond its 16-to 34-year-old heartland has anything to do with E4 snapping up two of its flagship programmes, industry pundits believe the new channel poses a real threat to Sky.

“People watch programmes rather than channels and if it has got the first run of Friends and ER, it will succeed,” says Richard Brookes, broadcast manager at Western International Media.

John Horrocks, broadcast director of Walker Media, adds: “It will also allow them to cross-promote all their channels. I think it will hit Sky One fairly hard.”

E4 is hoping to attract &£10m-&£20m in advertising revenues during its first year of operation.

With Sky One seeking to shed its youthful past, the new channel is likely to be attractive to brands looking to target the 16-to-34-year-old audience.

While media buyers agree the new channel is unlikely to have much of an impact on this year’s negotiations, some believe Channel 4 will use the strong position of its main channel to secure revenue for its digital arm.

But others warn against bundling the two brands together, believing such a move could dilute the impact of both channels and lessen their appeal to advertisers.

“Advertisers should have an opportunity to choose it as an entity on its own merits. As long as pricing is relevant to a small start-up channel, then it will be attractive to the right brands,” says David Jowett, deputy broadcast director at MediaCom.

While E4 certainly looks a serious contender in the digital market, it is worth remembering that Sky One has been around for 10 years.

As the premium channel of the strongest player in the pay-TV market, it is unlikely to relinquish any share of its audience or advertising revenue without a fight.

Channel 4 has certainly got its foot in the door, but whether it will ever secure a place at the top table in the digital world remains to be seen.