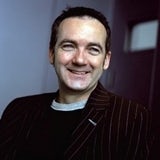 Channel 4 is considering launching branded transactional channels to add to its digital portfolio, despite a backlash against “money-making” broadcast quizzes, which has led the Treasury to promise a review of regulations surrounding them.

Chief executive Andy Duncan says he hasn’t “ruled out” launching transactional – shopping and quiz – channels under the “Four” banner, and is looking at adding such channels to its existing Quiz Call property.

Some media insiders have criticised the broadcaster for being “ashamed” of Quiz Call, pointing to ITV’s “brave” decision to launch Play as an integral ITV channel.

Duncan refutes such suggestions and says Quiz Call was launched “very much as an experiment”. He was speaking after Channel 4 announced record financial results, unveiled last week, when he unveiled a three-point strategy for future growth (MW last week).

ITV Play’s high-profile launch last month led the Treasury to pledge it would examine the regulation of such channels following complaints from organisations such as the Gambling Commission. Such channels generate large amounts of revenue for broadcasters through premium-rate phone calls from viewers. ITV hopes to generate &£20m from Play in its first year.

Duncan says that despite the furore of recent weeks, transactional channels will continue to grow. “I wouldn’t rule out doing a Four-branded transactional channel in the future. But if we did, it would need to reflect the C4 brand – innovative, quirky, and with a trouble making personality – that’s what we’re good at.”

He says controversy over channels such as ITV Play is unwarranted, and that “except for a few cowboys” are run legitimately. However, he believes a review of existing rules through the Treasury, Ofcom or the Department for Culture, Media and Sport, would add clarity to the issue.