Though full numbers were not published, the company says it saw “a strong second half revenue growth performance and another year of significant margin improvement.”

In particular, it underlined its strong presence in emerging markets which first attracted takeover interest. Cadbury said sales in these markets were up 9% during the year, much quicker than the 2% advance seen in still-struggling developed countries.

Sales of chocolate – accounting for almost half of revenues – were up 7%, while sales of sweets such as Bassett’s Liquorice Allsorts were up 5%.

Based on these facts, Cadbury says Kraft’s offer is “even more unattractive”.

Roger Carr, chairman of Cadbury, re-iterates: “Kraft’s Offer is even more unattractive today than it was when Kraft made its formal offer in December. Our 2009 performance is ahead of our previously upgraded expectations and we have excellent momentum going into 2010.”

“Kraft’s offer is very significantly below all comparable transactions in the sector; applying any of the comparable multiples would imply a price per share far above Kraft’s offer. Over half the offer consideration is in the form of Kraft shares, exposing our shareholders to Kraft’s low growth conglomerate business model, its long history of underperformance and its track record of missed targets.”

“Don’t let Kraft steal your company with its derisory offer.”

Kraft’s planned revised bid for a £10.2bn takeover is now the only confirmed bid for Cadbury. It was initially made in December and has been ongoing since September.

She says: “As we complete our turn-around, we’re delivering high-quality earnings growth, despite the difficult economic environment. As a result, we’re well positioned to deliver sustainable top-tier performance, with or without Cadbury.”

Unite, Britain’s biggest trade union, said in a briefing note that nearly 30,000 jobs were at risk if the debt-laden Kraft wins, and urged Cadbury investors to put the wider public interest ahead of price.

It argues that Kraft’s ownership of Cadbury could put at risk 7,000 jobs directly and at least 20,000 more in the supply chain, and says Kraft has declined to give any assurances over jobs and investment.

Cadbury can still give more details on its 2009 results after Britain’s stock market closes on January 14, while Kraft has until January 19 to raise it bid, and Cadbury investors have until February 2 to respond to Kraft’s offer. 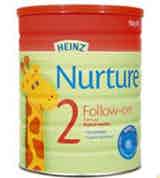 AOL is significantly reducing its UK staff and closing its Spanish and Swedish offices as it continues to cut its head count by a third.