The company says it intends to “build on Cadbury’s tradition of quality and innovation” at the site and “bring together Cadbury and Kraft Foods talent to create a global ’Centre of Excellence’ for chocolate research and development.”

In addition, Cadbury’s Science Centre in Reading will become a global science and technology centre serving the combined company worldwide.

The global centres in Bournville and Reading are in addition to Kraft Foods’ existing coffee R&D centre, which is in Banbury and looks after brands including Kenco, Tassimo, Carte Noire and Maxwell House.

In addition to R&D, Kraft Foods announced proposals to integrate its office network in the UK in order to strengthen collaboration and support a high performance culture amongst its combined UK management team and staff.

Instead of being spread out across separate office locations, it is proposed that the combined team will now be co-located in Bournville and Uxbridge, the site of the previous Cadbury head office.

As a result, subject to consultation with employees, Kraft Foods UK would move from its office in Cheltenham in 2011 and management and staff would also move to the new offices over the next 18 months along with customer service teams from the company’s office facilities in Sheffield and Banbury.

Nick Bunker, president of Kraft Foods UK & Ireland, says: “The UK is one of the company’s most important markets. Kraft Foods has been here for more than 85 years and Cadbury, of course, was founded here. I’m delighted by the company’s vote of confidence in the UK. The skills and facilities we have here will enable us to build the UK’s favourite snacks and confectionery company and to drive global innovation for two of Kraft Foods’ largest categories worldwide, namely chocolate and coffee.”

“Having our R&D, customer service and support functions working side-by-side will enable us to share more insights, act more quickly and execute more flawlessly, thereby accelerating our growth. While the business case is clear, we need to support our people. We have highly talented employees across all our sites and we would aim to support as many as possible to relocate. We will consult fully with all affected individuals about the implications and options available before a final decision is taken and allow as much time as we can for people to plan.”

The announcement follows last week’s publication of the combined company’s earnings for the first quarter in which the company’s European results, including the UK, showed good progress.

Kraft Foods is reviewing its UK media planning and buying business, in an attempt to consolidate all its UK Cadbury and Kraft brands into one agency.

Marketing Week revealed last week that Cadbury’s marketing will remain in the UK, but Kraft officials in Europe will handle strategic decisions.

Cadbury UK marketing director Phil Rumbol has left the business after turning down a post on the leadership team in Zurich, which would have overseen the strategy for the chocolate business. 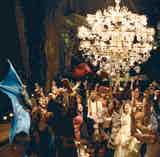 Smirnoff has retained its position as the world’s leading alcoholic drinks brand, according to a study.