However, the Kenco Coffee and DairyLea owner says Cadbury has rejected the offer.

The firm says in a statement that it has decided to publicise the rejected offer because it wishes to “help maintain a constructive dialogue“ with the Dairy Milk maker and wants to see a successful outcome.

Kraft says it is “eager to build upon Cadbury’s iconic brands and strong British heritage” in order to form a “global powerhouse in snacks, confectionery and quick meals”.

Cadbury, which also owns the Wispa and Trident brands, has been performing strongly despite the global economic downturn, particularly in the UK, where sales increased 12% year on year in the six months to 30 June.

In July, it emerged that the company’s European president, Tamara Minick-Scokalo was to leave after just six months in the top job with European commercial operations director Ignasi Ricou to step-up to take a wider role as a result.

Marketers are warning of the “seismic” effect that a ban on advertising alcohol and the prohibition of sponsorship of sporting and music events by alcohol brands would have on media owners and rights holders. 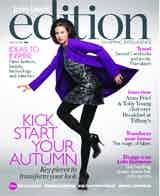