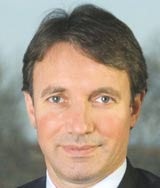 Shattock, who will take over the role on March 1, joins from the Cadbury’s Americas Confectionery division, where he was president of the business. He has been working on the assimilation of Adams, which Cadbury acquired in 2002, and is known to be keen to develop the medicated confectionery portfolio.

He joined Cadbury in February 2002 from Unilever Best Foods North America, where he was chief operating officer. He spent 17 years at the company and held a variety of roles across marketing and general management at Bird’s Eye Walls and Lipton. His new role sees him return to his home country.

Cosslett took over as EMEA president in February 2003 after joining Cadbury in 1990 as marketing director. He later became marketing director of Schweppes UK before spending five years as head of the Australian operation. He returned to the UK in 2000 as managing director of Great Britain and Ireland. It is understood that he will take over as chief executive at InterContinental Hotels at the start of next month.