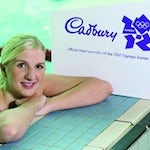 The tier two Olympic sponsor says the Spots Vs Stripes campaign is an “ambitious” marketing push and it will invest £14m in the campaign this year alone.

A television ad, created by Fallon, will break on Saturday (7 August) in the ad break for Magic Numbers on ITV1.

The campaign will run across all Cadbury brands and aims to encourage consumers to get involved with playing games by aligning themselves to either the Spots or Stripes team.

From now until the Olympics, teams will be able to win points by registering on the website and organising games in their schools, workplace or neighbourhood.

Nick Bunker, President, Kraft Foods UK & Ireland, says: “London 2012 will be the largest public event the UK has seen in our lifetime and in the run up to the Games people will be naturally thinking about coming together to show their support. However, we believe that, across the country, we have lost our community spirit, and we want to use our heritage in community engagement to reignite this.  With Spots v Stripes we hope to create the biggest game the UK has ever seen.”

Cadbury is working with Groundwork, a charity that helps communities through social and physical regeneration projects.

The confectioner is also launching a nationwide road show with 2,000 Spots and Stripes volunteer ambassadors to garner support and enthusiasm for the initiative.

The £50m investment in the campaign is on top of the £20 million sponsorship the company signed in October 2008.

Paul Deighton, CEO of London Organising Committee of the Olympic and Paralympic Games (LOCOG) says: “Our ambition is to get the whole country involved in and excited by the Games, and to extend the spirit of the Olympics and Paralympics to the all corners of the UK and Ireland. With Spots v Stripes Cadbury will help us to achieve this.”

Cadbury is the “Official Treat Provider to London 2012” will supply the Games with confectionery and packaged ice cream.