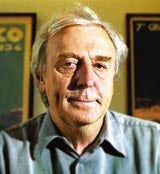 Mark Cadman, JWT London managing director, is poised to resign from the agency less than a year after joining from Lowe. Cadman, who has been linked with Sir Frank Lowe’s new agency, is expected to resign next week.

Cadman is understood to be looking to move after being passed over for the chief executive post vacated by Simon Bolton. Toby Hoare, former chief executive of JWT’s Team HSBC, snared the promotion to executive chairman, leaving insiders to speculate on Cadman’s future within the agency.

He joined JWT in February last year, following the appointment of former Grey chief executive Garry Lace to head Lowe (MW February 10 2005). It was thought that Cadman had previously been promised the role of Lowe chief executive in writing and he later received compensation from the network.

It has been widely speculated that Cadman will join Sir Frank’s new agency after it scooped the &£45m Tesco advertising account from Lowe last month.

Cadman was seen as a key figure on the account while he was a Lowe. Already confirmed at the agency are executives including Paul Weinberger, who quit Lowe to join, and former DDB London chief execuitve Paul Hammersley. DDB London chief strategic officer David Hackworthy has been tipped to join the unnamed agency.