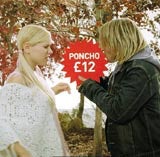 Cadman is understood to be leaving Interpublic Group-owned Lowe following the arrival of Garry Lace as chief executive. Cadman was promised the role himself before Lace joined the company and he is now thought to be considering suing Lowe for constructive dismissal.

A number of agencies have been trying to woo Cadman, but it is understood that WPP Group-owned JWT may have the edge. The agency has been looking for a managing director ever since the departure from the London office last year of Ros King, who took up the role of global business director on Kraft Foods for the agency in New York.

At Lowe, Cadman was responsible for running Tesco’s &£46.5m ad account. It was thought that the supermarket might call an advertising review following the recent turmoil at Lowe, amid speculation that chairman Paul Weinberger could also leave following Lace’s unexpected arrival. But last week, after a flying visit from Interpublic chief executive Michael Roth, Lowe issued a statement saying that Weinberger would remain as chairman and that Tesco “is happy to confirm an ongoing partnership” with the agency.

Motorcycle manufacturer Kawasaki is reviewing its European advertising account, which is handled by Publicis. Since its appointment in 2003, Publicis has been running the account from its Dutch office. As well as motorcycles, the account covers products such as jetskis and all-terrain vehicles. Kawasaki, which has a presence in the UK, France, Sweden, Germany, Italy […]

.Atkins Nutritionals Inc, the low-carbohydrate food manufacturer, has appointed Neil Harrison, the executive vice-president of HJ Heinz Company and a former chief executive of Heinz North America, as chairman of the board and chief executive.

ValueClick Europe has appointed Nigel Frith as its head of search. He will be responsible for the European launch of Search123, ValueClick’s search marketing business. Frith will also be in charge of building other search-related revenue across ValueClick’s existing business portfolio. In addition to ValueClick Media, which offers online marketing and pay-per-click campaigns, the US-based […]