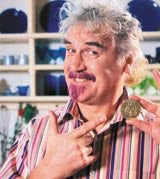 Camelot has put the £4m launch advertising campaign for its first Euro-lottery game out to tender, inviting incumbent WCRS to pitch against two other agencies.

Camelot is keen to stress the decision is not a reflection on WCRS’ performance, but the move is likely to put a question mark over the agency’s relationship with the client. WCRS was responsible for the disastrous Billy Connolly ad campaign last year, which was ditched around Christmas. Early this year, it launched the Good Causes campaign, which was recently extended into 2004.

Former Orange marketing chief Nicole Louis was recently appointed to the position of marketing controller at Camelot. At Orange, she was part of the team that shifted the telecom company’s advertising out of WCRS into Lowe Lintas in 2000.

It is understood that WCRS has received the brief for the campaign, with the other two agencies to be informed later this week. Camelot says there are no plans to change agencies for the launches of other games, such as the “penny” lottery and daily draw.

The pan-European lottery, which is being run in collaboration with Camelot’s Spanish and French counterparts, will yield a potential jackpot of £35m. It is one of a raft of games to be launched over the next 12 months, with the aim of reviving the fortunes of the National Lottery. The most recent financial news from Camelot has been promising. Sales have stabilised at £1.1bn for the first quarter of this year.