Smartphone and tablet sales rose by 53%, with smartphone sales alone climbing 71% year-on-year. Mobile now accounts for approximately half of all interactive National Lottery sales, boosted by the growing popularity of instant gaming, app improvements and the launch of Camelot’s first mobile payment option through Barclays Pingit. By comparison retail, which currently represents 80% of total sales, grew just 1% during the same period.

“This was the year we saw mobile really coming into its own, which helped generate growth, along with the rebrand of our Lotto brand. Last year we gave out £4bn of prize money, creating six millionaires a week, and raised £1.9bn for good causes, equivalent to £36m a week.”

Camelot’s mobile first strategy is aimed at getting customers to interact with the brand online, from playing games and checking their tickets to consuming content from stories about the winners to the good causes benefitting from Lottery funding.

“Mobile is enabling us to get to know our customers whichever channel they choose to play through, so if our retail players have our app we can communicate directly to them and make sure they’re up to date with our news and relevant content,” said Camelot consumer and retail director, Sally Cowdry.

“We’re focused on making sure our end-to-end experience is both easy and entertaining. We’re living in an experience economy and millennials don’t care about owning stuff, they care about having experiences. That’s their social currency.”

Each game has it’s own marketing strategy, although with 80% of the UK adult population playing the Lottery every year, mass appeal is essential. Whereas players on mobile, digital and instant games tend to be younger, Cowdry describes Lotto as the most uniting game, with Euro Millions appealing to a slightly more upmarket sector.

READ MORE: ‘To get c-suite buy-in on insight, give them a chance to be part of the story’

While Duncan confirmed Camelot will look to reapply for the National Lottery licence in 2023, he expressed concern about competition coming from umbrella social lotteries the People’s Postcode Lottery and Health Lottery, particularly regarding marketing spend.

“There is a lack of player transparency. While over 95% of the money generated by the National Lottery goes back into society through prizes and funding, the People’s Postcode Lottery and Health Lottery are spending as much money on advertising as us even though their combined sales are £250m,” said Gordon.

“We only spend 1p in the pound on advertising, whereas with the Health Lottery 30p in every pound goes back into marketing costs to fund media titles owned by the same owner. You’re not supposed to run a society lottery for profit, but arguably both lotteries are run for the benefits of their owners and we’re beginning to see some impact of that on our sales.” 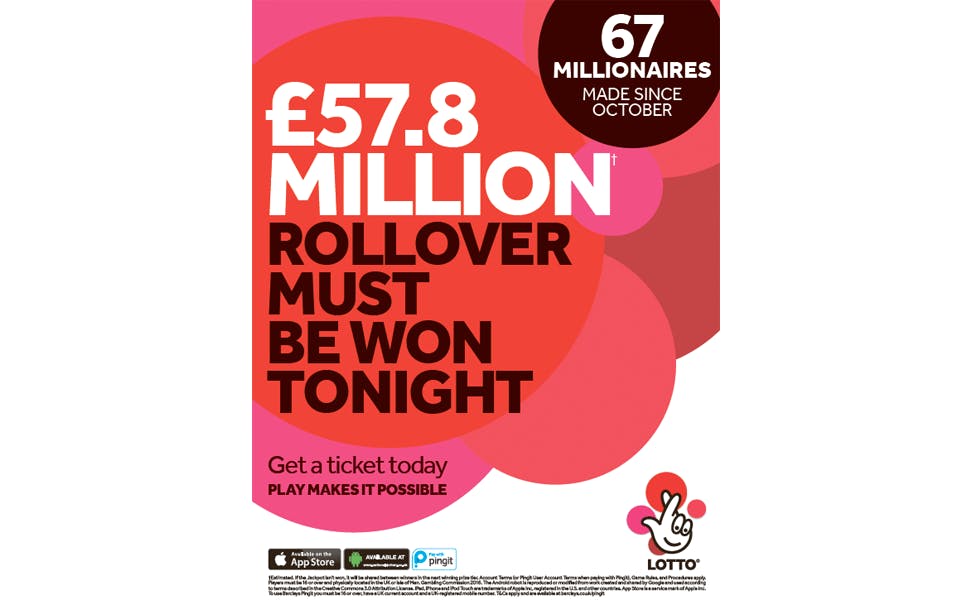 The jackpot for the National Lottery draw this weekend (9 January) is expected to be a record-breaking nearly £60m. For its operator Camelot that provides a huge opportunity to engage with the British public and drive sales, as well as get across its wider marketing message. 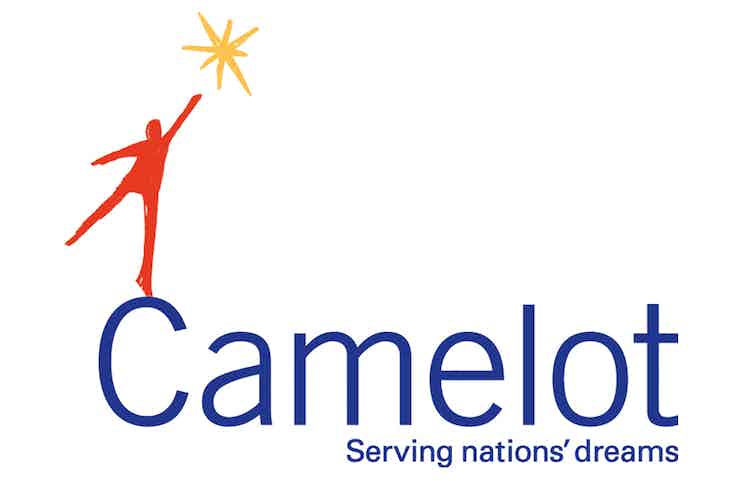 Camelot is to combine its retail, marketing and consumer functions, expanding marketing boss Sally Cowdry’s role, as it looks to improve consistency and make the most of its retail channel.