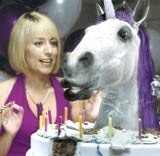 Camelot doubts that government plans to give the public more say in where the lottery money for good causes goes will improve ticket sales.

Phil Smith, Camelot’s commercial and operations director, says: “Good causes per se do not tend to drive sales up, but controversial causes can drive sales down,” he says.

A new National Lottery Bill will be published this week, which includes plans to allow increased public involvement in the division of lottery funds, possibly through television shows and tick boxes on tickets to give players a choice of how the money is spent.

Smith adds that these innovations may not translate into increased ticket sales. “I would be unsure about how a scheme like that could improve sales, but it would improve public feeling towards the lottery.”

Camelot released its yearly figures this week, which showed a second straight year of growth with sales up £150m on the previous year.

The good results for Camelot come as it continues its “Lady Luck” advertising campaign created by Abbott Mead Vickers.BBDO. Smith says another 11 spots have been commissioned for the coming year through the agency.

Smith has also expanded his role on Camelot’s board, taking the new title of commercial and operations director, a post that brings human resources and IT under his remit as the company prepares to bid for the lottery licence for the third time.

“The idea is to bring the day-to-day running of the business to one focal point,” he says. “We are very much a sales and marketing-led company and it is absolutely fundamental to us.”

The better yearly figures could also mean an increased marketing spend, as Camelot must spend at least 1.5 per cent of its revenue on marketing and advertising.