The National Lottery operator is to launch the first brand campaign for the weekly draw since it was introduced in 2004 on June 20.

Richard Bateson, marketing director at Camelot, says the television, press and digital push aims to add some “colour” to the brand, which has previously focused on tactical ads that highlight the “sizeable” jackpot offered.

A TV ad, created by AMV.BBDO, shows a military unit approaching a deserted island before launching into a game of paintball. The strapline used is: “There are millionaires and then there are EuroMillionaires”.

The campaign comes three months after Camelot repositioned its National Lottery Scratchcard brands. The company introduced the overarching “Put Some Play In Your Day” strapline in a bid to communicate that scratchcards as “playful”.

It also follows Camelot’s £389m acquisition by Canadian Pension Fund Ontario Teachers’ Pension Plan.
Bateson says that Camelot’s new owners bought a “successful business” and that there are no changes planned for the company’s marketing strategy.

Camelot recently reported National Lottery sales across all channels increased 5.9% to £5.4bn in the year to 31 March. 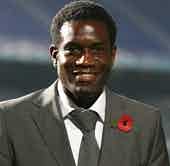