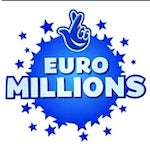 Data from Nielsen’s UK Online Measurement tool (UKOM) reveals that an online display advertisment for Euromillions attracted more new online visitors to the Camelot site in one month that any other website, including social networking site Facebook.

The research, which measures the increase in numbers of monthly visitors to websites, revealed that sites that operate a social model that allows users to contribute, dominated the list of the fastest growing companies online.

The campaign for National Lottery EuroMillions, which ran across sites such as eBay, Amazon and Gumtree boosted site visitors by 4.4 million to 9.4 million between July 2009 and July 2010 and more new visitors in one month than Facebook experienced during the year.

Facebook is the second-fastest growing brand online and attracts 25.1m UK visitors, which makes it the third most visited site behind Google and Microsoft.

The third fastest-growing company online was Demand Media, operator of social site eHow, which allows users to share knowledge and increased visitors from 1.9m to 3.6m.

He adds: “Better internet accessibility and more new social applications for the internet seem to be the long-term drivers behind these growth sites, but Camelot’s performance illustrates how good online display advertising can also influence behaviour dramatically.”