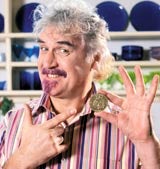 Camelot has rejected allegations that its advertising for last Saturday’s National Lottery draw – the first using the new Lotto branding – misled consumers. However, the Independent Television Commission (ITC), which regulates TV advertising, has confirmed that it is investigating a number of complaints about the special “four draws for &£1” promotion.

Some Lotto ticket vendors have also reported problems with sales because they had to spend longer explaining the promotion to the public. Confusion appears to have arisen over the fact that three of the four draws were for special jackpot-only games, each with a cash prize of &£4m. Many consumers apparently thought they were getting four entries to the main draw.

An ITC spokeswoman said six complaints about the TV ads for the offer, which ran for the six days leading up to the draw, were being looked into.

A Camelot spokeswoman says the company made strenuous efforts to explain the mechanics of the promotion in the run-up to the draw, and denied its advertising was misleading. Promotional activity included an 18 million-household door-drop leaflet, point-of-purchase material in retail outlets, press ads, radio promotions and extensive retailer education. The spokeswoman says: “We have not received any complaints to the Lottery Line that the ads were misleading.” She admits, however, that Camelot has received calls from consumers asking how the promotion worked.

Sales for the relaunched game were encouraging, adds the spokeswoman, with &£55.2m of tickets bought for the main game, compared with &£44.4m a week earlier. Lotto Extra sales were &£2m, up from &£1.6m, while Thunderball sales were down slightly at &£4.9m.