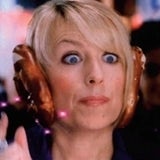 Camelot has clamped down on players who gamble excessively on National Lottery instant win games by imposing a &£350 limit on their weekly spend.

The move has been prompted by concerns that people are being lured into heavy gambling by the online games. Camelot says it is purely a precautionary measure and that there have never been any instances of players exceeding this level. Players will also be warned when they have spent &£245 in a week.

But one industry observer is surprised the limit is so high. “Most people don’t spend that sort of money,” says Roy Fisher, chief executive of Inter Lotto, which runs rapid-draw games in pubs and bars. He says he would expect a limit more like &£40 a week for the games. Camelot says that &£350 is reasonable given that the games are often played by syndicates made up of large groups of players. Meanwhile, an internet

rival to the National Lottery, called Monday, says it is disappointed that sales for its first draw this week only hit &£500,000 against expectations of &£10m. The lottery organiser blames the shortfall on technical problems with its website, which could not cope with the volume of hits received. But observers point out that if the site cannot cope with this level of traffic, it will be unable to hit the &£10m a week target.