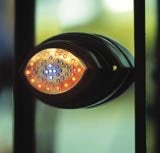 Lottery operator Camelot has launched a Big Brother 6 Instant Win game on its website, developed in conjunction with Channel 4.

The interactive game, which made its debut at the same time as this year’s show, puts players inside a virtual version of the Big Brother house, where they can win prizes by getting on camera, hooking up with other housemates and completing tasks.

The top prize in the game is &£80,000 – the second-biggest jackpot ever offered on an Instant Win game.

Overall odds of winning a prize are one in three and the game costs &£2 to play.

The Big Brother game has been developed by Camelot’s in-house multimedia team and agency Public Creative, which has developed other National Lottery Instant Win Games with Camelot, including one based on the show I’m a Celebrity Get Me Out of Here! and an online version of the Scrabble National Lottery Scratchcard.

Camelot reported a 600 per cent growth in its interactive sales, which includes online, mobile phone and interactive TV, in its yearly results, published last week.