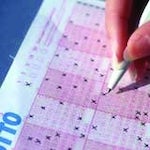 However, the NLC says that the move could break EU competition law.

“The Commission is minded to refuse to grant consent to Camelot’s application to undertake ancillary services on the basis of the EU/competition law risks it raises,” the NLC says in a statement.

The decision is provisional, however, to allow “those who are interested in the Commission’s decision a final opportunity as a matter of fairness to address the points made”, the NLC adds.

Camelot says it is “disappointed” by the decision, which it feels is “flawed”. A spokeswoman says Camelot is “absolutely confident” that the proposals do not breach either European or Competition Law.

“[This] will delay the generation of additional funds for Good Causes, and benefits for retailers and consumers,” she adds. “We are carefully considering all of our options.”

PayPoint, the payments company with over 22,000 terminals located in local shops, welcomed the decision, pointing out that Camelot expects to raise “just £5m for good causes – an additional 0.3% on the £1.6 billion it raised last year”. “The Commission appears to suggest that this is insufficient to justify the risks involved – one of the arguments we’ve also been making,” he adds.

Dominic Taylor, Paypoint chief executive, says the decision is a victory for local shops, including sub- post offices, whose earnings and footfall would be undermined by this proposal. “Today’s decision should protect vulnerable people from the increased temptation to gamble.”