The campaign, which features actor Bill Nighy, is backed by organisations including Oxfam, Christian Aid and Comic Relief and calls for a “Robin Hood Tax”. This would be “a tiny tax” on bankers that “would raise billions” to help protect public finances, and tackle poverty and climate change.

In a letter to the UK’s main political parties, the campaign claims frontline services such as the NHS and schools are “under fire” because of the financial crisis. It adds that “aid and green budgets are slashed by rich countries” in favour of bailing out banks.

“So it’s time for the people who caused this mess to pay to clean it up,” the letter says.

The campaign is calling on politicians to take an average of 0.05% from speculative banking transactions.

A viral film features a politician played by Nighy who is talked around about the benefits of the tax. The film finishes with the lines: “Turning a crisis for the banks into an opportunity for the world.” It invites viewers to vote online on whether the tax is a good or bad idea.

Prime Minister Gordon Brown has previously floated the idea of a global transactions tax at a meeting of the G20 in November. 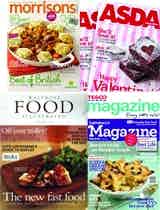 Cadbury has appointed CMW to develop and execute the Trebor digital strategy across its portfolio of gums and mints.