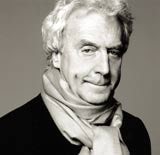 Having the right name above an agency door can make or break a company, highlight its ethos and showcase the talent within – at least according to advertising folk. Interpublic Group plans to rebrand the beleaguered Lowe network in an attempt to sever its association with Sir Frank Lowe (MW last week). Up for consideration as a new name is 24, reflecting the theme of round-the-clock creativity.

IPG might hope the rebranding can help Lowe shrug off recent troubles including the loss of the &£45m Tesco account to Sir Frank’s new agency, Red Brick Road, and the suspension of London chief executive Garry Lace pending an investigation into his activities. But one agency executive thinks Lowe has much to lose by changing its name, saying: “Lowe has a heritage and a culture of best practice. By changing its name it would enter the current debate concerning the doubts hanging over its future. By staying put it will remain strong and show what it’s about.”

Another agency boss agrees: “So what if Lowe is struggling? Like Marks &amp; Spencer, it has history and instant recognition.” However, a third source suggests IPG should consider merging its Lowe and FCB networks and give the resulting agency a new name, adding “both networks lack credibility”.

Name changes can cause confusion, say observers. But younger or smaller agencies can succeed if they aren’t foregoing brand heritage. Caspar Thykier, managing director of CDD, which recently changed its name to Shop, says the five-year-old agency rebranded because out of the founding members, only Dave Dye remains. Thykier says: “Other agencies have kept their names when founding executives have left, but we are young and don’t have brand awareness compared to, say, Saatchi &amp; Saatchi. We didn’t want to be dependent on the names of others, but to create a corporate culture.”

Shop is “what consumers do in the marketplace and a graphically pleasant word,” says Thykier. He adds agencies should beware of navel-gazing. An industry source levels this accusation at Red Brick Road, saying its founders “tried too hard” and came up with “something meaningless that doesn’t reflect its talent”.

WPP Group-owned HHCL rebranded as HHCL/Red Cell, and then again as United London, within two years. The source says: “The changes were quite poorly communicated and badly handled. It creates confusion within the industry.” United London says the changes were functional; the first came because Red Cell acquired HHCL, so the network name was attached, and the second created something new from a micro-agency network within WPP. United chief executive Amanda Walsh says: “Unless for good reasons, changing names is a waste of time and often of no value to clients. To build a brand from scratch takes time.”

Traditionally, agencies have followed the path of legal and accountancy firms and named themselves after their top executives. But lately, start-ups such as Isobel have put agency personality – and in its case a fictional character representing its values – ahead of the names of managers. Mother, famous for being funky and edgy, also reflects a particular philosophy. It works very well as a name by representing collective worth rather than individuals. But Lowe may find that changing the agency name may not be the answer to its problems.