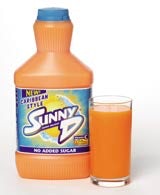 With sales of Sunny D continuing to slide under the stewardship of the Sunny Delight Beverages Company (SDBC), which bought the brand from Procter &amp; Gamble in 2004, experts may feel they are witnessing the slow death of a drink that had only the briefest of heydays.

Sunny Delight was a massive success following its &£10m launch in 1998. It rapidly became the 12th biggest-selling brand in the country, but suffered a steep sales drop after criticism of its sugar content. The brand has since been through two relaunches, including the introduction of new flavours and advertising campaigns, but nothing has stemmed the sales decline.

Despite all the controversy, reflected in sales plummeting 18.8 per cent in the year to October (AC Nielsen), confidence in Sunny D’s future remains high at SDBC and its appointed UK marketer and distributor, Gerber Foods. Both parties are reluctant to talk about the patient progress being made behind the scenes, but marketing chiefs at Gerber are sure the troubled brand is on a journey back from rags to riches.

Consumers should begin to see clues to the latest Sunny D relaunch this spring. But it will be a further 12 months before the last stage of the quiet revolution will be complete. A parents’ advisory group, formed last year (MW September 22), is being consulted every step of the way, as the company attempts to review the corporate and brand plan.

In addition, SDBC is understood to be looking at altering the drink’s base formulation, seeking out a new advertising strategy, working on new packaging and thinking carefully about how and where to position the overhauled product.

The people who inherited a brand that talked about fun for children but left mums feeling guilty about their children’s health are also looking to incorporate “worthy” values into the brand.

An insider says: “We recognised that while we worked in the background, the brand would continue to slip, but we never wanted just another quick relaunch. We want to look at our own social agenda and maybe even pick a charity to work with, to blend the fun part of the brand with good values.”

Transforming the brand is a bold quest, and many in the industry wonder if it is possible. One industry observer says: “Sunny D’s success could depend on the timeframe it is working to. It might reach an entirely new generation of young mums, but will still be heavily scrutinised. If it can deliver on all its promises of a new formulation, attractive packaging and a charity link-up, maybe it has a chance. But I wouldn’t bet on it.”

Crucial to Sunny D’s success will be regaining consumer trust. One early conclusion of the parents’ advisory group appears to be that mothers believe Sunny D’s brand owners have been trying to convince them it is a pure fruit juice.

SDBC commercial director Paul Nicholls says although P&amp;G tried to address this issue, and most mums now understand that Sunny D is indeed a juice drink, consumers still think the brand has been trying too hard to convince them that it is not what it says on the bottle.

Nicholls says: “Clarifying the brand’s role as an everyday treat for kids, competing against squashes, juice and fizzy drinks, and not pure fruit juices, is a key priority.” Sunny D’s backers will hope their priorities are met, or the brand could be in the last-chance saloon.