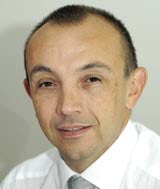 A relaunched Ask has a much cleaner look and is refocusing on search. Will this new strategy help it thrive in the competitive search engine market? asks Andy Atkins-Kruger

The new Jeeves-less Ask.com was unveiled at the Search Engine Strategies Conference in New York last week, with Barry Diller, chief executive of IAC and owner of Ask, stressing that the revamped search engine is in this game for the long haul.

“In a media category, market shares do not remain at 30% for very long,” he said in a discussion where he made various humorous digs at rivals Google and MSN. He said the new Ask slogan might well emerge as “Be evil” as opposed to Google’s “Don’t be evil” mantra. Diller explained that, in what seemed like a personally influenced decision, “Ask just seemed like a good brand, and the butler and what it stood for somewhat out of place.”

The search engine will not be sinking $400m (&£228m) in a campaign of which he “couldn’t even remember if it featured a bee or a fat butterfly” – a thinly veiled dig at the MSN ad campaign last year that barely boosted market shares. Shunning vast marketing spend, Diller believes the search experience has to be good and that people have to find tools that bring them back to Ask in a viral way. Not that Ask can rely on the Google type of viral of inventing the category; and Ask will be spending considerable sums. “We’re very serious about this [and have] put up a lot of capital, but we’ve said we don’t expect earnings for some time,” said Diller.

Ask.com looks cleaner and includes an online dictionary, Web-hosted desktop search – something Google doesn’t offer – and a slick mapping tool. With binoculars where you can preview sites, it certainly fits the label given to it of the “Swiss army knife of search”.

But does Ask have a chance? Diller says Ask is seeking differentiation and a viral effect to promote its brand – not the more typical MSN approach of big marketing bucks. He says he doesn’t care if Ask is at 2% or 6% as long as it’s doing something valuable – it’s in for the long haul, don’t forget.

One key plus with Ask is a renewed focus on pure search – which of course made Google the brand it is today. With the battle between Yahoo!, MSN and Google focusing more on personalisation, Diller is pointing Ask at the area users are most interested in/ relevancy. The degree of innovation among the top three search engines has meant users know less about the tools and facilities available to them. In fact, they’re mostly using the search function.

But can a fourth big player be squeezed into the search market? Differentiation has to be the answer.&nbsp;Recent pluses&nbsp;include reduced advertising on Ask search pages, which had reached the ridiculous situation of natural results not even making it on the first page of result listings.

Diller’s approach to almost stay under the radar, try to build for the long term and do something good for search has to be just right. But it’s going to take a heck of a lot of delivery of search quality first, so let’s see it.

Diller confirms that Ask has a research and development team developing a local search engine for China. However, little emphasis was given to worldwide expansion, with Ask Germany and Spain just getting brief mentions. Surely, if Ask is to compete and play in the “centre park of search” – Diller’s reason for dumping the butler – it will have to play a more active role in world search.

It’s taken a year to reach the rest of the world and was finally unveiled last week, a year after the move was first announced: Overture is no more and Yahoo! Search Marketing is omnipresent. Yahoo! says the name change has nothing to do with MSN launching AdCenter – the pay-per-click bidding system that is live in France, Singapore and running as a wide pilot in the US. The launch of AdCenter foretells the end of Yahoo! feeding sponsored links into MSN worldwide, which will inevitably mean lower revenues for Yahoo!.

However, Yahoo! asserts that the financial model used to justify the purchase of Overture was based on revenue from Yahoo! only, as the MSN contract was due to run out in mid-2006. Yahoo! Search vice-president Tim Cadogan expects that advertisers targeting Yahoo!’s 429 million users will, in the future, get different forms of payment more tailored to their needs. Cadogan also predicts growth in search engine marketing agencies as the market is becoming more complex and time-consuming to manage.

Both MSN and Yahoo! have significant knowledge about their user-bases, thanks to registrations for e-mail services, such as Hotmail. MSN’s AdCenter – already on version three – is focusing on targeting demographics. Advertisers can choose to bid more to target women or men, different times of day and other factors.

Things are hotting up and search engines are raising their games. We have some very interesting times ahead.