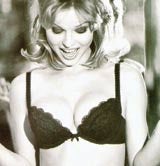 Two men are joining forces to cash in on women’s changing attitudes to boosting their cleavage. Gossard marketing director Stephen Holbrook has hired Trevor Beattie, TBWA/London chairman and creative director, to help him promote a new type of bra in the UK.

The Gossard Super Smooth is revolutionary, they claim, as it has no seams, stitching or elastic and is invisible under clothing. It still gives the uplift Gossard believes women crave, but is more subtle than the “in-yer-face” Wonderbra, the bust enhancer made infamous in 1994 by TBWA’s “Hello Boys” poster campaign.

Launching the Super Smooth – already sold in France by Gossard parent Sara Lee – is an attempt by the company to catch up with a shift in women’s attitudes, according to Holbrook. “In terms of sexuality, women have broken through the glass ceiling. In the Nineties, it was all about girl power, but now we are into the soft revolution. As brands, we have been a little slow to respond to fundamental changes in what consumers are looking for,” he says.

The Wonderbra – marketed for the past ten years by Gossard’s Sara Lee sister company Playtex – still appeals to 15- to 24-year-old women. The Super Smooth offers a “more sophisticated” version of Wonderbra’s aggressive uplift and is aimed at a slightly older age group.

Explaining the type of women the new product will appeal to, Holbrook says: “She is older and wiser, but still as sexy as hell. She is 30 years old and was an urban chick a few years ago, then she moved out to the suburbs and is [moving] on to the next stage of her life.” Even so, Sara Lee’s corporate vision is of women of all ages having a range of bras in their wardrobes, choosing to wear them according to the occasion.

Some may wonder at the wisdom of hiring Beattie to create a “sophisticated” campaign, given his pedigree. He oversaw the “Hello Boys” campaign and masterminded the FCUK positioning for French Connection, criticised for its childish play on swear words. But Beattie says his job is to talk to different groups of people in an appropriate way and points out that he worked with Nelson Mandela on a campaign for Unicef.

“The key to this project is getting the tone of voice right for the target market and that’s what I pride myself in doing,” he says. He believes the Super Smooth will take the market by storm. “It’s the sizzle,” he says, paraphrasing David Ogilvy’s dictum that advertising should sell “the sizzle, not the sausage”. Beattie adds: “Here is a product where the effect is to be seen, not the product itself. This is the only bra that does it. It is a revolutionary piece of design and has no equivalent.”

The Wonderbra has attracted criticism for being “produced by men, for men” and what’s more, women are said to find it uncomfortable to wear. So are things really different with the Super Smooth?

Magali Tardy, a strategic consultant at Futurebrand, believes that the new bra is playing a clever double game, offering cleavage uplift to satisfy men but without making a woman feel like an obvious sex object. “These days you have to market to women a little differently; you see that with the Dove advertising featuring real women. Where before you had skinny models, now you have to be much more sensitive. When wearing a Wonderbra, it changes the way you look quite clearly, but this is more subtle,” she says.

Launching the Super Smooth is part of Sara Lee’s masterplan for global domination of the branded “intimate apparel” market. About 70 per cent of the £1.2bn UK women’s underwear market is made up of retailers’ own-label products.

Sara Lee is looking to build a commanding position in the branded sector with Pretty Polly and Aristoc tights, and it has a 25 per cent share of the £586m UK branded bra market (TNS Fashion Trak), with Gossard, the Playtex Wonderbra and Berlei. It is about to launch its Dim brand, the number one male and female underwear collection in France, in the UK.

Holbrook believes that the company has underplayed the Gossard name in recent years, focusing instead on sub-brands, such as the cleavage enhancer Superboost. But this will change with the Gossard brand being promoted more heavily.

Beattie is confident that the £1.5m ad campaign TBWA creates for Super Smooth will garner as many headlines as the “Hello Boys” work when it breaks next March, three months after the product’s launch. He says: “People have started to forget what Gossard stands for. It is like a celebrity who hasn’t been in the news recently. Women are saying, ‘What’s the news with Gossard?'”

Playtex has expanded Wonderbra sales over the decade by producing different shapes rather than just offering uplift. Now, a Wonderbra is sold every six seconds in the UK. If the Super Smooth can emulate that success, the Gossard brand will certainly be uplifted.