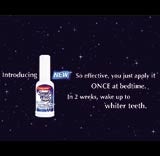 Colgate-Palmolive’s position as one the nation’s bathroom favourites is under threat from a fresh challenge by arch-rival GlaxoSmithKline (GSK).

A raft of launches from the maker of Aquafresh, Macleans and Sensodyne has seen GSK gain ground on the UK market leader, while globally, Colgate has worried analysts since it announced its first profit warning for a decade last September. This was followed by Colgate’s first drop in quarterly profits for eight years in December, underscoring the company’s malaise.

Colgate has pledged to boost its ad budget and improve marketing operations in response to criticisms that it has been struggling to match the marketing might of rivals such as Procter &amp; Gamble (P&G) and GSK. In the UK alone, Colgate allowed its budget to be eclipsed by GSK between 2000 and 2003, according to Mintel, but its spending is now in line with its closest rival at &£9m.

But the real challenge for Colgate will be to match rivals’ rate of innovation, says one retail source. In the US, it was hit hard when P&G was first to launch peroxide-based teeth-whitening products; in the UK, Colgate faces a raft of innovative launches and an aggressive marketing schedule at GSK.

GSK recently launched Aquafresh Zones, the first dental brand to focus on fruit flavours, while its Macleans Detox, Remineralise and White ‘n’ Shine brands aim to open a niche by creating new elements of the grooming routine (MW April 29, 2004). P&G has focused on the growing cosmetic trend in its oral care products with the launch of Crest Revitalise, fronted by Ulrika Jonsson.

Colgate’s response, says one retail source, has been uninspiring. However, the company is planning its first major brand launch since 2003 with foaming toothpaste Colgate Oxygen (MW last week). But GSK launched a similar product over a year ago – Extreme Clean (MW August 21, 2003).

The same source says, unlike rivals, Colgate has not needed to rely on innovation in an unexciting oral care market. According to Mintel, Colgate’s share grew by eight per cent between 1999 and 2003 to 41 per cent of the &£458m market, while GSK grew just three per cent in that time to boast a 36 per cent share. P&G’s Crest accounts for about five per cent, while Unilever, which manufactures Signal and Mentadent, also takes about five per cent. Unilever has divested responsibility for the brands to Ceuta Healthcare in the UK (MW December 4, 2003).

Yet these figures were gathered before the recent spate of GSK launches. One source says GSK has begun to close the gap between the two companies. “Aquafresh and Macleans lost their way for a while, but GSK is now trying to do new things in a slow-moving market.”

He says Aquafresh is particularly strong with families, while Macleans has carved out a profitable niche in whitening products – an area that has shown sales growth of over 70 per centin the past four years (Mintel). He says GSK is trying to build a market around toothpastes that offer additional benefits, such as the “experiential” foaming feeling of Extreme Clean. GSK’s Sensodyne is still the most popular toothpaste for sensitive teeth in the market, despite the launch of Colgate Sensitive in 2003 (MW April 10, 2003).

Another source applauds GSK for adding value to a market that is so heavily influenced by price promotions, where every brand is guilty of using “special”, low-price and buy-one-get-one-free offers.

For all GSK’s innovation, he says, Colgate is still building its share of the market, albeit at a slower rate than its rival. But, he says the lack of innovation might hurt Colgate in the long term, pointing to the decline in former brand powerhouses such as Crest, Mentadent and Signal. For now, he says the Colgate brand is the most trusted on the market, with the Colgate Total franchise being “virtually impregnable”.

“People turn to Colgate without thinking and often without any real reason. For everyday cleaning, which is what most want, people go to Colgate first,” he says.

One agency chief says Colgate’s advertising supports this position: “The advertisements are good at spreading the message of effective, everyday cleaning. Colgate is seen as a reliable brand, although not necessarily cutting-edge.”

But a source close to Colgate claims it is planning a raft of new products. “The company plans its launches very carefully and methodically. It is almost like a machine. Colgate does not see itself as being behind the curve.”

Indeed, Colgate beat Aquafresh and Crest in 2003 with the first dental gum (MW June 19, 2003), an important move as the market for such ancillary products has doubled since 2001, according to Mintel, and looks set to continue to record high growth rates.

But it is peroxide-based whitening products that could make or break brand leaders in the next few years. With the European Union expected to approve such products by the summer, all the major players are eager to be the first to market. Colgate must make sure it is armed to the teeth with the right products if it is to protect its position as market leader.