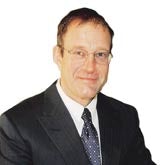 The days of rival groups of newspaper vendors battling it out for customers on the street may be about to return with Express Newspapers’ plans to launch a free evening newspaper in London early next year.

Associated Newspapers, home of the Evening Standard and morning free-sheet Metro, has been having a difficult time with the paid-for London product. The average net circulation for the newspaper for the six months from May to October was 413,831, down four per cent on the same period in 2001, although the newspaper’s monthly circulation has recently risen from below 400,000 in August to 439, 098 last month. Advertising, as for other newspapers, is also in a slump. Managing director Mike Anderson does not need the headache of a rival likely to undercut the Standard’s ratecard.

These factors may have prompted management at Express Newspapers to take an opportunist run at the London market, but observers are baffled by the move. The Express is already battling against Associated’s Daily Mail, which dominates the national mid-market sector. Numis media analyst Paul Richards says: “I would have thought [Express Newspapers proprietor Richard] Desmond has enough on his plate with the Daily Star and The Express. I would have thought there were easier targets in the UK to launch a free-sheet against than the Standard.”

Desmond recently launched the Daily Star Sunday with a degree of success by exploiting a need for a more irreverent celebrity and gossip-based Sunday read. But going head on against the Standard could be an act of hubris. As one analyst says: “It’s quite an aggressive thing to do.”

Others have tried it in the past and failed. In 1987 Associated managed to kill off Robert Maxwell’s short-lived competitor to the Standard, The London Daily News, by resurrecting an old title, The Evening News, as a spoiler. And in 1994, industrialist Derek Clee’s free evening title Tonight fell by the wayside in early 1995.

Associated will already be planning a riposte to Desmond’s challenge. It may again launch a spoiler or try to disrupt whatever method of distribution Desmond chooses for his new title. Lawyers are also likely to examine whether the provocative name of Desmond’s proposed new title can be challenged. Associated is prepared to go to great lengths to protect its hold over the capital, demonstrated by its launch of Metro in March 1999 in response to reports that News International and Swedish media company Modern Times Group were both

A media buyer says: “Metro would not get rid of a single copy if it wasn’t in Tube stations. It’s all about distribution – no distribution, no product.”

Distribution options for Desmond’s new title appear limited. Express Newspapers could employ an army of workers to hand out copies in the street near points of heavy commuter traffic, install distribution racks in bus stations or seek a retail partner. The partner would have to have enough outlets to provide wide coverage and be open in the evening. Major newsagent chains are unlikely to risk the wrath of Associated or damage an income source by signing up.

Media buyers believe that if enough commuters can pick up copies of the newspaper and content is strong, the product will attract advertising. MindShare press director Paul Thomas says: “The question is can Desmond offer a product that has enough value for people to stop buying the Standard?”

Nielsen Media Research figures show there is display ad volume to steal – the Standard and Metro together took 23 per cent of the Monday to Friday national newspaper display market by volume for the year ending September – a combined total of 9,620 pages. At the end of September 2002, the Standard’s volume was down 4.8 per cent year on year and Metro’s down 4.6 per cent year on year – but the total national market was down ten per cent, so London is showing more resilience in the face of the economic downturn.

“There is potential for a competitor to come in and take share,” says an industry insider. He adds that entertainment and retail are the two revenue sectors any newcomer must get right to survive. But, he says, the classified market “has been shot to pieces” in the past 18 months and would take massive investment in creating a sales team and brand awareness.

Launching a newspaper on the London market will be a daunting task for Express Newspapers. One analyst says: “I suspect it hasn’t got a huge amount of firepower.” But reports suggest that Express Newspapers’ parent group, Northern &amp; Shell, which owns celebrity magazine OK! and a selection of late-night adult television channels, will make profits of £65m this year, part of which is likely to be used to fund the new evening paper’s launch, while a significant slice is to be invested in marketing The Express.

Desmond has managed to create a market for another Sunday tabloid newspaper on the back of the rejuvenated Daily Star, but he may have bitten off more than he can chew in taking on Associated on its home turf.