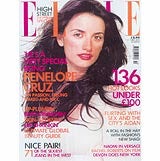 The UK glossy magazines market retains its sheen despite declining advertising revenues and falling circulation figures. This is borne out by French publishing company Hachette Filipachhi’s acquisition of Attic Futura.

Attic Futura, the publisher of Sugar and TV Hits, was put up for sale last year by its Australian parent company PMP. The merged company is now called Hachette Filipachhi UK. The company, owned by Lagardere, has further secured its market position by severing its partnership ties with rival Emap.

As a result Hachette’s portfolio in the UK now includes strong women’s magazine brands Elle and its off-shoots Elle Deco and Elle Girl and the four-year-old title for “middle youth”, Red.

At the reins of Hachette UK is Kevin Hand, the former Emap chief executive who lost his job after EMAP’s disastrous foray into the US. The venture resulted in the company selling off its American publishing business in 2001 for &£366m, considerably less than the &£920m paid for it two years earlier.

Emap entered into a joint venture with Hachette in 1991 to publish and launch magazines in the UK women’s monthlies’ market. The founding titles of the partnership included Emap’s New Woman and Hachette’s Elle and Elle Deco. Prompted by the purchase of Attic Futura, Hachette has ended the deal with EMAP, and the Elle portfolio is now under Hachette’s sole ownership. New Woman will remain part of the Emap empire.

Red, launched as a joint venture in 1998, was bought by Hachette for an estimated &£34m, after a sealed bid from both Emap and the French publisher. Emap is understood to have bid &£17m for Red.

Industry experts believe that Hachette has paid too much for Red, but that it was a necessary buy. Zenith Media press director Stuart Mays says: “Based on the potential revenue that Red might bring in over the next five years, Hachette overpaid for the title. But I think it needed another brand alongside Elle to gain credibility with media buyers and the rival publishing houses.”

Red has a monthly circulation of 186,023. According to the January to June 2002 Audit Bureau of Circulations (ABCs), this figure is up seven per cent period on period and by 7.7 per cent year on year.

EMAP’s loss of Red is a major blow to the media company. CondÃ© Nast’s Glamour publishing director Simon Kippin says: “Emap has always run its business as a portfolio rather than as individual titles. To lose big titles such as Elle and Red will be quite damaging to it, since it is left with only New Woman in its stable of women’s monthly magazines.”

Emap Elan’s managing director for women titles Dawn Bebe says she is disappointed to have lost Red, but adds that the situation presents fresh opportunities. “EMAP’s talent drove its success and it is deeply disappointing to have lost the title and the editorial team. At the same time, we are excited that it gives us a chance to explore new launches.”

She says that with the &£17.1m paid by Hachette to acquire EMAP’s share in Red the company will have enough resources to launch a raft of new titles and is expected to commit &£15m to do just that.

Starcom media buyer Nigel Conway says: “I definitely see some closures happening, maybe not imminently but in the next six months. The death knell has already sounded for teen titles. The new kids on the block such as Elle Girl and Cosmo Girl are the titles that teenagers are interested in.”

But Zenith Media’s Mays is not convinced that Elle Girl, launched last September in opposition to the National Magazine Company’s Cosmo Girl, will last long in the market. “Hachette is better placed to invest in the brands that it has inherited from Attic,” he adds.

Cotterill adds that the company is also considering taking Red into overseas markets, and hints that the UK arm may look at existing Hachette publications in France to launch in the UK. However, she dismisses recent reports that “London Match”, a British version of the celebrity-driven French publication Paris Match, will be launched over here.

Media buyers say that Hachette Filipachhi is in a strong position and believe that both Hand and Cotterill have enough gravitas and experience in the publishing business to drive the industry forward.

However, EMAP and other publishing giants such as NatMags and IPC are expected to battle hard against Hachette in the hope of giving it the same kind of treatment as that meted out to fellow foreign entrant, Gruner &amp; Jahr, which recently retreated from the UK with its tail between its legs.