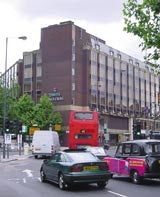 Last year was an annus horribilis for the hotel industry. Not only did it have to deal with the terror of September 11, but also the foot-and-mouth crisis and the downturn in the global economy.

The UK hotel industry is now turning to marketing to aid its recovery and to attract domestic customers to replace those that were lost when the countryside was sealed off from travellers, as well as those overseas visitors who have yet to return.

One sign that the hotel industry is coming out fighting is the fact that Holiday Inn has turned to TV advertising for the first time in its history. The chain is not alone in beefing up its marketing. Marriott is preparing an outdoor brand-building exercise and a targeted door drop, Thistle Hotels has appointed an outside agency to handle its direct marketing, database and sales promotion drive and Inter-Continental Hotels is about to launch a “Whole World Half Price” global offer supported by press advertising.

London hotels were the worst hit by last year’s events and the strength of sterling is inhibiting Britain’s ability to compete in the global tourism market. Revenue per available room (revPAR) in October 2001 fell by an unprecedented 34.7 per cent on October 2000 figures to £68, with occupancy levels hitting a seven-year low, according to the Andersen Hotel Industry Benchmark Survey. The fall in revPAR was smaller each month from November 2001 (-27.5 per cent) to February 2002 (-14 per cent) compared with the same month the year before, but worsened in March 2002. At £71 revPAR was 16 per cent down on the previous March. Occupancy levels this March also fell, down 1.7 per cent on the same month last year to 75.8 per cent.

Figures for nationwide chain-operated hotels paint a similar picture. Consultant Tourism Related Industries (TRI) says occupancy levels in March 2002 are down 1.1 per cent to 71.3 per cent on the same month the previous year, while revPAR for the same period is down 9.5 per cent to £47.36.

TRI predicts 2002 will see a slight upturn in business for London hotels towards the second half of the year, but this will be accompanied by an overall decline in room revenue yield of about 2.5 per cent. Now that the UK countryside is open for business, it forecasts that yield growth on 2001 for the provincial chain-operated hotels will remain static.

Historically, hotel marketing has been on a localised or regional basis. However, consolidation over the past decade has produced the critical mass necessary for branding activity. The recent business slump and competition for business conference bookings from universities, stately homes and other venues has also sharpened the need for effective marketing. Insiders agree that hotel chains have woken up to the need to apply packaged goods branding and marketing disciplines to the sector as well as using database information for sophisticated customer relationship management (CRM) activity.

The hotel chains, aware of the need for more finely honed marketing skills, have been recruiting marketers with a packaged goods background. Whitbread recruited Gill Baker, former marketing controller for margarine’s and spreads at Unilever, as marketing director for Travel Inn last year. John Rogers, marketing controller for Marriott, joined from Ford, where he was marketing manager for fleet operations, 12 months ago. And Rob Hancock, a former marketing director of Pillsbury UK, is now vice-president brands for Europe, Middle East and Africa at Six Continents (formerly Bass and owner of Holiday Inn, Inter-Continental Hotels and Crowne Plaza) having joined the company nine months ago.

Pamela Carvell, chairman of the Hotel Marketing Association (HMA), a branch of the Chartered Institute of Marketing, says: “Over the past couple of years we have seen significantly more people come in from outside the industry. Before then, a lot of people worked their way up from hotel sales positions.”

Marketing may be paying off for some hotel chains, as consumer awareness of hotel brands is rising. Hilton had the highest unprompted brand awareness for business travellers in 2001 at 51 per cent, up from 46 per cent in 1999, according to the Business Development Research Consultants’ (BDRC) British Hotel Guest Survey. Holiday Inn follows at 44 per cent with Travelodge at 34 per cent. Hilton also leads the leisure sector, with 42 per cent brand awareness – up from 34 per cent in 1999.

BDRC managing director Dr Crispian Tarrant adds: “As a result of hotel companies selling off their real estate to financial asset managers and concentrating on the hotel operations side of the business, they are increasingly having to focus on brands.”

The biggest growth sector is among the low-cost hotel chains, which do not offer room service or full-service restaurants. Andersen global director of hospitality management Julia Felton says it is this sector that has squeezed the mid-range three-star properties which find it hard to achieve the incrementally higher returns necessary to cover full service overheads.

Experts say the budget sector has grown, as families have more disposable income to enjoy weekend breaks and are willing to pay for a room rather than stay with relatives or friends. Businesses are also managing expenses more tightly and are looking at cheaper options, just as they do with low-cost airlines. Analyst Mathias Strohfeldt of Dresdner RCM believes the budget sector could grow by up to 40 per cent.

Whitbread’s Baker says budget brands are much more akin to packaged goods brands as they have to deliver consistency of experience. Travel Inn began rebranding its hotels in 1998, introducing its moon insignia and purple livery, carrying out a supporting television campaign in 2001 and introducing a “100 per cent Satisfaction Guarantee” allowing dissatisfied customers to invoke the guarantee at the front desk without having to complain to a head office. Baker says the chain recruited a CRM specialist last year with retail, telecommunications and utilities experience and is looking at recruiting a sales team to focus on corporate business.

While hotel occupancy rates are gradually recovering, the battle for the industry will be getting room rates back up to premium levels after the deep discounting.

Despite a dearth of genuine new product development, the biscuit sector is thriving thanks to brand extensions, premium products and sales promotions

SMS campaigns may seem like an ideal way to raise awareness of a promotion. However, over-redemption, and spiralling costs are a danger. Tracey Middleton weighs up the pros and cons of this simple and effective promotional medium

A Calvin Klein ad that featured male model Travis Fimmel wearing only Calvin Klein underwear has been cleared by the Advertising Standards Authority (ASA) after it rejected claims that the ad was indecent. Complaints to the ASA claimed the poster was indecent, sexually suggestive and demeaning to men. But the ASA has ruled that the […]