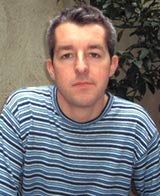 The Press Advertising Summit 2002, organised by Marketing Week, was the first conference of its kind for newspapers in 17 years and focused on the mountainous obstacles the national press needs to overcome to increase advertising revenues.

Faced with a gently dipping circulation and hence declining cover-price revenue, albeit with some exceptions, national newspapers need to generate more income from advertising. The Audit Bureau of Circulations (ABC) figures for October 2001 to March 2002 show the overall average net circulation for national weekday newspapers is down 0.67 per cent year on year, and for national Sunday newspapers it is down 0.11 per cent. Figures from one media buyer show total ad spend in national newspapers for 2001 at £2.07bn compared with £2.25bn in 2000.

Advertisers, newspaper representatives and media buyers addressed three key issues at the conference. The need for: more creative proposals from sales houses; more industry research; and an independent national newspaper marketing body to promote the press as an advertising medium.

Plans for a national marketing body are not new, but according to senior newspaper executives they are nearer to fruition than at any point in the recent past. The Newspaper Publishing Association (NPA) council has been thrashing out the issues and agrees that a body which can supply case studies, data and compelling reasons to switch spend from competing media is now essential.

As usual, secrecy is the watchword when it comes to commercial details in the newspaper world. But at the summit Clive Milner, chairman of the NPA and managing director of Times Newspapers, said of a marketing body: “We are actually in the business of talking about that and bringing it about, but it will take every single member of the NPA to agree in taking that forward.”

Insiders suggest Express Newspapers may be reluctant to commit itself to such an organisation. The company was unavailable for comment as Marketing Week went to press.

The Radio Advertising Bureau (RAB) is often held up as the shining example of what to aim for, but Sheila Lamport, head of media planning at Barclays Bank and chairman of the Incorporated Society of British Advertisers (ISBA) press action group, pointed out that the Newspaper Society was a much better template.

The oft-cited barriers to a national marketing body of fierce industry competitiveness and disparity of newspaper ownership, also exist in the regional world but have been dealt with. However, Milner countered this point by saying that national newspapers “do not have the luxury of franchises which are regionally ring-fenced we have a competitive business at every single level you care to mention.”

The summit consensus was that any marketing body would have to be independent from the NPA. It would also have to focus purely on servicing client needs and not be distracted by other industry issues.

Following the summit, Guy Phillipson, senior advertising manager at Vodafone, pointed out that RAB had done well in presenting nuggets of information on radio advertising effectiveness, which have stuck in the minds of brand managers. He added that any national newspaper equivalent would have to pull together some headline facts and figures with which to talk up the industry.

One suggestion was that there could be a broad-based press marketing body, which would also represent magazines. However, Carolyn McCall, managing director at Guardian Newspapers, said that it was vital to create such a newspaper body first before getting bogged down with the issue of collaboration across print.

Another key issue that arose from the conference was the relationship between advertisers and media owners. Newspapers were called upon to develop more creative advertising opportunities. Questions were also raised about adequate resourcing of sales teams and the calibre of staff – especially in regard to planning.

Clients said they would like visits from client sales reps, even though, according to Lamport, this could provoke “an advanced state of paranoia” in media buying agencies. Vodafone’s Phillipson said: “We are more media-savvy and understand the triangular relationship with the media owner and media buyer a meeting with the newspaper would not be about the rate-card.”

Times Newspapers general manager Paul Hayes admitted that newspapers had been reticent in going out and asking potential advertisers what could be done within association with their media brands. He said that this was partially a result of the vertical management structure of newspapers “but now papers are breaking down those barriers and looking at integration”.

Evening Standard advertisement director Mike Orlov agreed that better client-facing structures were needed and newspapers could look at working across platforms, looking beyond media agencies and talking to advertisers’ PR and sales promotion agencies about strategy.

Guardian Newspapers advertising director Stuart Taylor added that over the past year his department had increased the amount of work done on projects “other than straight advertising” in response to what clients wanted. This included sponsored supplements with copy provided by editorial staff.

For a medium concerned with reader communication, newspapers seem to be missing a trick in talking to their commercial partners and agencies. Becoming more client-facing, producing more creative ideas and capitalising on the current mood of solidarity to establish a marketing body seem vital prerequisites to boosting the national press’s share of advertising revenue.