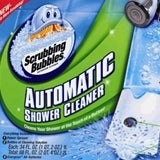 The continuing woes of Interpublic Group (IPG) have been a constant distraction to its networks and its biggest powerhouse, McCann-Erickson, has long suffered from the weakness of its parent company.

The latest saga involves one of IPG’s biggest global clients, SC Johnson (SCJ), handled by McCann’s sibling agency FCB. SCJ, a client of 50 years’ standing that generates an estimated income of &£32m, is unwilling to tolerate any conflicts within the holding company. It is understood to have a long-standing contractual agreement with IPG that blocks all its agencies from pitching for rival businesses, including Reckitt Benckiser, Procter &amp; Gamble and Sara Lee.

However, McCann is involved in a pitch for Reckitt’s &£350m global advertising business against fellow incumbents Havas’ Euro RSCG and WPP’s JWT. SCJ is understood to have contacted its lawyers over IPG’s apparent breach of contract. IPG chief executive Michael Roth intervened and asked McCann WorldGroup chief executive John Dooner to withdraw from Thursday’s Reckitt pitch, but the pitch went ahead with all three agencies. An IPG spokesman says: “McCann was merely delivering finished materials they had previously committed to Reckitt. Nothing more.”

Reckitt called the review in January to reduce its roster from three to two agencies. McCann was its lead global agency until 2001, when IPG bought FCB parent True North. It then had to resign the Reckitt account because of the SCJ conflict. However, McCann recently became a Reckitt roster shop again when the latter acquired Boots Healthcare, a McCann London account.

Sources say Reckitt had already got assurances from McCann that this time the pitch will not be “interrupted” by SCJ. But with details of the growing tension between SCJ and IPG leaking out, it has emerged that Dooner has been forced to give “further assurances” to Elio Leoni-Sceti, the senior vice-president for all categories who reports to chief executive Bart Becht, that McCann is unlikely to sever its relationship with Reckitt this time, if it were to win the business.

McCann and Euro RSCG had been tipped as the favourites to win the pitch, and an insider says: “It’s not that McCann is challenging IPG. The agency feels quite confident about the Reckitt pitch and I think winning some of its business might just beat having all of SCJ’s with all the added strings.”

The source adds that McCann London has not been instructed to withdraw from the pitch, which he claims took place five weeks ago, with little case for removal from the process. An insider says SCJ has been passed the same information in an attempt to prevent serious litigation.

McCann’s defiant mood is likely to cause more problems for IPG, currently struggling with other major decisions such as the potential merger of FCB and Draft Worldwide.

Last week, when it reported that its first quarter net loss had grown to $182.1m (&£98m) on a revenue of $1.33bn (&£720m), it said that it was “still considering” the merger of the two. But this would mean putting SCJ under the same roof as P&amp;G, currently a Draft client.

Another insider says IPG is allowing SCJ to exert its influence over the choice of the chief executive to run the merged network. In the past, SCJ is reported to have demanded that FCB withdrew from a review for rival Bayer, and supported former chief executive Bruce Mason in a boardroom tussle.

Whatever the outcome of this convoluted situation, IPG yet again looks like a chess player running out of moves to avoid a checkmate. It seems increasingly likely that it will have to break its ties with one client, but whether that will be Reckitt or SCJ remains to be seen.