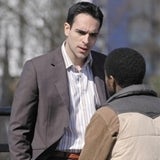 When ITV held a series of presentations for analysts and the media last week, an uncharacteristic display of contrition was as much on the menu as its bold vision of the future. The broadcaster was capitalising on what it sees to be a shift in sympathy regarding contracts rights renewal (CRR), the mechanism that prevents it from raising prices to advertisers to compensate for loss of audience share.

Procter &amp; Gamble associate director of UK media Bernard Balderston is one of the few advertisers to have called for a timescale for an end to CRR. He has said that advertisers need to “bite the bullet” and realise ITV needs more freedom in the market to continue providing the mass-market programming that it wants.

But support for ITV is coming from surprising quarters. Some media pundits quietly suggest that agency executives are waking up to the fact that while TV advertising is now undoubtedly cheaper, an unwelcome byproduct is that less money is going to ITV1 and television as a whole. Less still is being attracted by other above-the-line channels and some agency bosses are finally accepting that the malaise will hit their own bottom lines.

Starcom group trading director Chris Locke believes CRR should remain in place but says: “We at Starcom hold our hands up to such behaviour. In fact, we would like to think we’ve been at the leading edge of following audience migration away from ITV1, and having the flexibility to deliver individual strategies that keep our clients on this migratory curve. But are we all in danger of destroying the very channel that makes TV great?”

Steve Hobbs, head of media at Carat, worries advertisers are moving a large proportion of their money online too quickly, wrecking the industry’s equilibrium.

Despite large audiences for the World Cup, advertising revenues for ITV1 in July and August will slip below &£100m for the first time in 12 years (MW June 8). This has prompted ITV chief executive Charles Allen to visit agencies to find out why advertisers are shying away from the channel and the medium. He is also lobbying for an end to CRR, the mechanism the broadcaster itself suggested, to allow the merger of Carlton and Granada to go ahead in 2003.

Other broadcasters are also feeling the heat, with Channel 4 sales director Andy Barnes predicting that June would be the fifth cheapest month to buy TV advertising space in the past five years (MW June 8). Hobbs believes that advertisers have a responsibility for the TV market, and may regret the resulting lack of mass-market coverage in the future. He says: “I wonder if, in the long run, we will regret the wholesale change of emphasis [to digital media]. It should be about balance. Though we know it is critical to embrace the future and connect clients to consumers, there are still occasions when mass media does a brilliant job on mass audiences. Advertisers have a responsibility for the TV market. We have to be careful.”

Locke says money is moving into digital channels but many clients are also pouring budgets into below-the-line work, such as promotions. “Some clients will be taking money from above-the-line to get the products in front of consumers,” he states.

Such trends, says one industry source, will worry media agencies as much as media owners. “They are going to try to stop money seeping into other areas which they might not have control over,” he says. “Clearly the bigger agencies are going to have to stop that happening.”

Another adds: “Everyone wants advertisers to spend more, not just to benefit agencies, but for the economy as a whole. We want a buoyant market, but it is dog-eat-dog at the moment. Agencies will reduce their margins and ultimately people will lose their jobs.”

No so, counters Locke, who says that though commission may go down, agencies are earning more through fees. In other words, they are taking longer to plan how to spend less. He concludes: “Media agencies are pretty well versed.”