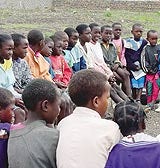 Marketers leave their employers for a variety of reasons. If the spin were to be believed it would always be to “seek new challenges”, “spend more time with the family” or “to move into consultancy”. So when Interflora put its split with marketing director Karl Burkitt, a former Polaroid marketer, down to his “commercial” outlook, it certainly made a change (MW last week).

The split offers a cautionary lesson to those from a traditional corporate giant considering a move to an organisation with a different culture, working practice or ethos.

At first glance, Interflora looks like a normal marketing-friendly organisation. Certainly its racy Valentine press ads featuring the tagline “Tit elation”, which caused controversy last year, do not give the impression of an organisation that operates in a non-commercial way. However, behind this brash campaign lies a non-profit making trade association run by its member florists. This association is governed by a board of 11 directors, nine of whom are member florists. It is understood that this bureaucratic set-up frustrated Burkitt, as he was unable to move at his own – commercially inspired – pace.

Marketers must learn new skills if they enter the co-operative charity or not-for-profit area from a commercially led organisation. For the most part, people who start their careers in this sector tend to move from one charitable organisation to another.

One marketer who did buck the trend is Marian Rose, who engineered the NSPCC’s Full Stop campaign. She moved to The Times newspaper where she worked as a senior marketing manager for a year before go

ing travelling. However, it seems that the lure of the charity sector proved too strong and she is back at the NSPCC as an interim manager.

Save the Children head of corporate development Kim Darton also, in his own words, “crossed the bridge”. Before moving into the charity sector he worked in marketing for drinks company Grand Metropolitan, prior to its merger with Guinness to become Diageo. He became interested in cause-related marketing after overseeing a project for the J&B Rare brand.

He says there is definitely a cultural divide between the two worlds, but he contends that the idea that working for a charity is easier is a fallacy: “You always get people saying, ‘You work for the charity sector, how nice.’

“There’s a feeling that because they have been in the business world they can slide straight in, but actually you need to work at it. I would say that the political considerations and the skills that you need to work in the voluntary sector are more challenging.”

You must get used to living with a “consultative culture”, says Darton. “It’s one which seeks to involve people in decisions, because everybody has more of a personal stake than if you were there just as a salaried employee.”

Companies that work on a devolved regional basis come with their own set of challenges for marketers, too. Greggs, the baker that is restyling itself as a fast-food outlet, has a managing director for each of its regions in the UK. It has recently appointed RPM3 to handle a £3m national advertising campaign.

One well-placed observer says: “It is not going to be easy for Greggs to run a national campaign: each managing director will have his own view on what it should be saying.” He claims its regional structure means inconsistencies between outlets arise, and the brand experience of a London branch can be completely different to that of one in Newcastle.

Too many cooks can spoil the broth and this has certainly been one of the problems affecting fast-food giants such as McDonald’s and Burger King. Aside from fending off litigation from irate obese Americans, and dealing with falling profits, the companies must also justify decisions to their armies of franchisees, who run about 80 per cent of their stores worldwide. In the past, a strong corporate line has managed to prevail at the fast-food outlets, but the tide could be turning. In the US last week a group of Burger King franchisees launched a campaign to stop head office plans to cut the price of the flagship Whopper burger to 99 cents (63p).

Mutual organisations seem to have got the balance right. Despite their benevolent ethos, they allow their marketers to get on with minimum intervention.

Nationwide head of sports marketing Peter Gandolfi juggles the demands of working for the UK’s largest mutual with the cut-throat world of football sponsorship. He treats Nationwide’s sponsorship of the Football League and the Football Association as much more than just a commercial proposition.

“A number of sponsors simply exploit their associations with a view to merely generating direct product sales. For Nationwide, it’s much more about generating positive feelings and an affinity with our brand that will translate at a later stage into consideration,” he says.

But he adds: “I can – and do – act with speed, because I have to. The directors at Nationwide were quick to recognise this characteristic within the sports marketing industry and enable me to operate in the appropriate manner.”

It is questionable whether a marketer can ever be too commercial, as ultimately every marketing department wants the arrow on its sales or donations’ chart pointing upwards. But anyone considering making the leap to more devolved corporate structures must realise that the marketing could be the least of their problems.

Facebook has named Alex Schultz, previously the social platform’s vice president of growth, analytics and internationalization, as its new chief marketing officer. Schultz will oversee product growth, analytics and internalisation at a time when the brand is finding itself increasingly criticised for a perceived lack of action over issues around misinformation, particularly relating to Covid-19 […]