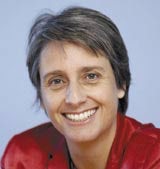 As full competition begins in the mail market, the operators licensed by Postcomm will be able to offer favourable deals to marketers. Yet Royal Mail’s monopoly hardly seems under threat, says Sarah Chambers

A recent survey commissioned by Postcomm revealed that eight out of ten business mailers expect a competitive mail market to reduce prices, offer better choices and improve the quality of Royal Mail’s service. They also believe the postal market should be opened to full competition as soon as possible.

From this month, businesses throughout the UK will be able to see whether these predictions come true. After 350 years, Royal Mail’s monopoly of the letters market will come to an end and mailers will be able to use other companies licensed by postal industry regulator Postcomm to carry their mail.

Partial competition was introduced in the mail market in 2003, when Postcomm allowed competition in bulk mail for companies sending 4,000 or more items per mailshot. As a result, some marketing companies have switched to other operators. From this month, there will be no bulk limits – the whole mail market will be fully open. This means that companies of all sizes will be able to shop around for the best deal on their mail operations.

Postcomm has issued 13 long-term licenses to operators who will provide mail services in competition with Royal Mail, but many have signed a deal with the former monopoly that enables them to insert post into its national network. The operators collect mail from their customers, pre-sort it and then transport it to a Royal Mail inward mail centre where it is processed and sent for final delivery.

These access arrangements enable the operators to offer a nationwide service. They pay a fee to Royal Mail, which makes a profit. With careful attention to costs and the increasing use of automatic sorting machinery, many rivals can undercut Royal Mail’s prices for end-to-end delivery. Others offer their own end-to-end services in selected markets.

Collection, sorting and delivery of letters is big business. Government-owned Royal Mail – which still commands over 97 per cent of the market – delivers more than 80 million items a day. Its annual turnover from the part of its operation that is price-controlled by Postcomm is almost &£6bn, out of a total addressed mail market of &£6.5bn.

Experience shows that monopolies do not perform as well for customers as companies subject to the disciplines of the market. It is no coincidence that Royal Mail began to raise its game when competition for bulk mailings was introduced. And the giant has been preparing for the next stage and further competitive threats.

When limited-market opening was introduced in 2003, Royal Mail predicted that it would lose ten per cent of its business within two years. That has not happened. Competition is increasing, but has hardly made a dent in Royal Mail’s dominance, and the company is carrying more mail today than it did in 2003.

Don’t expect to see yellow or blue postboxes alongside the familiar red pillar-boxes. The majority (87 per cent) of mail never sees a pillar-box/ it is sent in bulk by business to other firms or to their customers. Bulk mail is collected by the postal companies and this is where competition is developing.

Royal Mail will continue to provide the universal postal service. Despite occasional scare stories in regional newspapers, the universal service – where a stamp takes a piece of mail anywhere in the UK, irrespective of the distance – will continue because it is enshrined in legislation. Research by Postcomm has shown that the universal service is no burden. In fact, the ability to control a network that calls at every address in the UK six days a week is a stunning marketing advantage. Who else can duplicate that?

There have been concerns that a competitive postal market could become a free-for-all, with “cowboys” entering the market and putting the security of post in their care at risk. This won’t happen because every company that delivers letters weighing up to 350 grammes and costing less than &£1 to deliver must be licensed by Postcomm. Each licence contains appropriate conditions to safeguard the integrity of mail passing through the operator’s hands. Postcomm’s enforcement section looks into all allegations of licence infringements, such as mail dumping, and if appropriate, takes legal action.

All licensed operators in the fully competitive market must meet common standards to safeguard the mail in their charge from theft, damage or interference, and to agree common operating procedures for services previously handled by Royal Mail, such as mail “returned to sender”.

Changing 350 years of history takes a little time and a lot of thought. But we are convinced that customers will benefit from more reliable, innovative and customer-responsive postal services provided by a fully open market.