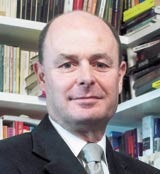 Remember the moment in Butch Cassidy and the Sundance Kid when they’re about to leap off a cliff into a river and Sundance admits he can’t swim. Butch bursts out laughing: “You stupid fool. The fall will probably kill you.”

The radio industry has been a bit like that in the row over whether to switch its Rajar research from paper diaries to electronic meters. Everyone has been arguing about whether meters are more accurate than diaries, ignoring the much bigger problem – the cost will probably kill them.

Radio already spends much more of its income on measuring its audiences than either television or the press. And the only thing certain about meters is they cost a lot more to produce than diaries.

With Rajar about to move into the second phase of its meter-testing programme – and into a court case over the issue with Kelvin MacKenzie’s Wireless Group – the industry should really be debating whether it can actually afford to make the switch to meters. And, if so, how?

The cost issue finally broke into the open a couple of weeks ago, on the front-page of Broadcast. It quoted Rajar’s managing director, Sally de la Bedoyere, as saying meters could cost up to £25m a year to operate, compared with Rajar’s annual budget of £4.5m.

MacKenzie fired off a blistering press release, accusing her of scare-mongering. He already commissions electronic audience surveys, through the research company GfK Media, using a wristwatch audiometer developed by Radiocontrol. These surveys give his national station TalkSport three times as many listeners as Rajar does – and cost nowhere near £25m to operate.

“Here are the facts,” he wrote. “The Wireless Group spends less than £500,000 a year to measure eight national radio stations, eight national TV stations and 18 radio stations in London. That figure will be significantly lower when the new version of the watch comes on stream at half the price of the existing version.”

The problem with that argument, according to Rajar’s backers, is his research sample is too small to be credible – just 2,000 respondents a quarter. The industry demands a much larger sample, and many more checks to ensure respondents are wearing the watches and using them properly.

I understand £25m was seen as the potential cost, but the figure has come down substantially as a result of new technology. One of the two meters being tested – the one developed by Arbitron – would have to be fixed in respondents’ homes to send back data to the research company. This is how the Broadcasters’ Audience Research Board television meters works and it requires a fixed panel of homes, reporting weekly, for the system to function. BARB has a panel of more than 5,000 homes and because of the complexity of the radio market, Rajar would need more.

With the new generation of meters, however, a fixed panel is no longer required. Even so, I gather that to replace all the diaries with audiometers would still cost between £8m and £12m a year – two or three times the current figure. That too is likely to be prohibitive, which is why the industry needs to debate the issue, before any conclusion is reached on whether the second-generation meters are really up to the job.

One way of cutting the cost would be to have a hybrid system, marrying diaries and meters, using data modelling, but it would have to be done in a way that produced a single currency for trading airtime and was accepted by all parties. It would still cost a lot more than the current system, but it might be manageable.

Another way to cut costs would be to rationalise the “radio map” on which the research is based. For years, every station has been allowed to define its own Total Survey Area, which means the survey needs no fewer than 700 different sampling points around the UK. If that could be cut, so could the cost.

The industry must also look at how the research is paid for. BARB and the National Readership Survey have more flexible ratecards than Rajar and could provide a model. The Institute of Practitioners in Advertising helps pay for BARB, but not Rajar. All of these issues will have to be looked at before Rajar introduces meters.

However, there’s an intriguing postscript to this. In America, paper diaries are still used to measure television viewing in local markets. A row has broken out – including threats of court action – because in some cities Nielsen Media Research wants to switch to meters, which it already uses to provide national ratings. Ethnic minority groups claim the meters seriously understate viewing by black and Hispanic viewers and their legal challenge is backed by Rupert Murdoch’s Fox network.