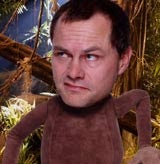 BSkyB has to attract more than 100,000 new customers each quarter if it is to reach its goal of 8 million satellite pay-TV subscribers by the end of 2005. But if the broadcaster continues to enrol subscribers at the same rate as it has done over the past six months, it will miss its target.

When BSkyB unveiled its full-year results last Wednesday to reveal disappointing subscriber growth, the company’s share price plunged 19 per cent to 488p. This was despite pre-tax profits on ordinary activities of &£480m and a turnover of &£3.65bn for the year ending June 30 – up from &£122m and &£3.18bn respectively for the previous year.

Analysts expected BSkyB to recruit more than 100,000 subscribers during the last quarter, but it managed to attract only 81,000, bringing the total to 7.4 million. The disappointing increase fuelled fears that growth in BSkyB subscribers was levelling off and added to the poor figures of the previous quarter when it had signed up only 66,000 compared to 150,000 for the same period last year.

At the presentation, chief executive James Murdoch outlined a new marketing initiative (MW last week) designed to boost subscriber growth to meet the 2005 target, as well as the new long-term goal of 10 million direct-to-home pay-TV subscribers by 2010. The strategy depends on BSkyB persuading consumers who have so far been pay-TV refuseniks to overcome any “emotional barriers” they have to Sky, such as “it costs too much” or “there are hundreds of channels of rubbish”.

“We are going to reintroduce the brand to the community as a whole,” says Murdoch. “It’s important to go out there and restart the conversation with these people; it’s about Sky being out there for everyone.”

Part of the problem for BSkyB is that it is encountering extra competition in the form of Freeview, which offers a number of digital channels for a one-off fee for a set-top box and now has 4 million users.

BSkyB is on the counteroffensive. It is launching a rival free-to-air satellite service in an effort to persuade consumers who sign up to it to upgrade to one of its pay-TV packages. But cable is also getting its act together, marketing the benefits of triple-play (television, telephone and internet) and targeting BSkyB consumers. NTL and Telewest Broadband together have 3.3 million pay-TV subscribers.

Furthermore, BSkyB, which has traditionally focused on signing consumers up to its top-tier package, which costs about &£40 a month, is finding that the return on its marketing investment in this area is diminishing as fewer new subscribers sign up.

Murdoch plans to revamp the product portfolio to create a range that consumers are prepared to pay for and which delivers reasonable profit margins. More choice is expected at the bottom end of the pay-TV market, with new packages starting at between &£13.50 and &£20. Additional services and hi-tech products, such as Sky Plus, high-definition TV and film archiving, are also being developed to appeal to top-end subscribers.

Chris Hayward, head of television at Zenith Optimedia, believes BSkyB will have a tough job trying to hit its “ambitious” targets. He says: “People have a lot of choice now and they are much more discerning about value for money. If it [BskyB] is going to be successful in hitting the targets, it has to make sure that it has strong packages.”

There are other tools in Murdoch’s kit-bag that he hopes will help knock down barriers. BSkyB has signed a contract with Dunnhumby to create a prospect database of 14 million non-pay-TV homes. This will be segmented into demographic and attitudinal groups so that marketing messages can be tailored to specific groups in terms of creative work, promotions and media (MW last week).

Sky’s branding has been given a makeover with a new transparent glass look to be used in advertising, direct mail, customer magazines and correspondence. All communications, including van livery, are being designed to project an “image of an entertainment company rather than that of a technology and utility provider”.

This activity will be supported by an increase in above-the-line expenditure for 2005 of 50 per cent, equating to &£25m, based on the &£49m ad spend for the year to June 2004. But it is anticipated that this figure, combined with other additional capital costs, such as the completion of customer relationship management systems, will total more than &£450m over the next four years and hit profits; another factor that contributed to the plunge in share price last week. Some analysts have now downgraded their profit forecasts for 2005 and 2006.

BSkyB has already begun the task of trying to persuade consumers to reappraise Sky with its campaign urging “If you think you know Sky, think again”. It is also offering half-price installation plus one month’s free subscription to Sky Movies or Sky Sports.

But if the marketing strategy is to pay off, BSkyB’s own content must improve, in particular on Sky One, says Hayward.

Combined commercial impacts for the year to date for Sky One and Sky One Mix are down 9.4 per cent for all adults, and 18.8 per cent for adults aged 16 to 34, compared to the same period the year before.

“The schedule needs to be reinvigorated,” says Hayward. “Not only does Sky need to buy the right programmes like Nip/Tuck and 24, it needs to market and schedule them correctly.”

Nick Theakstone, head of investment at MindShare, agrees: “The company has to make Sky One a better product. BSkyB has tried a lot of things but they have not worked. Despite the competition for viewers in this market, other channels like ITV2 have done well and have gone from strength to strength.”

Murdoch admits that BSkyB should invest in must-see programming and has increased Sky One’s programming budget for 2005 by up to 20 per cent.

Long term, Murdoch believes there is still a lot to play for and that BSkyB has “only scratched the surface” in terms of recruiting pay-TV subscribers. So far, penetration of pay-TV in the UK and Ireland is 43 per cent of households (Sky and BARB), and Murdoch believes that it will not reach “equilibrium point” until 80 per cent of households are signed up – that’s 10 million homes to go.

He bases his estimates partly on what has happened in the US, where it took 24 years to hit 80 per cent penetration for pay-TV. He claims the UK is only halfway through this process.

Another factor, Murdoch claims, is the “generational effect”, whereby children who are used to living in a pay-TV household will subscribe to similar services when they leave home – replacing, in time, older pay-TV refuseniks. Other positive factors include analogue switch-off, technological advantages, such as PVRs and interactive services, the cross-promotional effect of free-to-air satellite TV and wider choice.

Paul Richards, an analyst at Numis, agrees the target of 10 million subscriber by 2010 is achievable, but adds: “There is a lot of consumer ignorance out there about the benefits of digital TV and the message BSkyB has to get across is that pay TV doesn’t always have to cost &£40 a month.”

When questioned about the slowed growth in subscriber numbers, Murdoch dismissed the City’s reaction to his strategy. Yet, it remains to be seen whether his vision for long-term growth will be realised.