Red Bull, which sold almost 250 million cans in the UK last year, has already seen off leadership challenges from Britvic, with its Red Devil brand, Lucozade with Energy, and Coca-Cola itself, which has made two previous attempts on the market with Burn and BPM (Beats per Minute).

The nearest any brand has got to reaching Red Bull, which has a 43 per cent share by volume of the energy drinks market, is Lucozade Energy. And it still has far to go with its 31 per cent share (figures: Zenith International).

But what Cola-Cola is no doubt hoping is that the high brand recognition of Sprite and, perhaps more importantly, the taste of the new energy variant, will help it take on Red Bull with greater success this time around.

Sports and energy drinks combined have a relatively small but fast-growing volume share of the UK soft drinks market. In 2004, the two sectors, viewed as distinct within the industry but largely lumped together in the eyes of consumers (much to the frustration of those responsible for building the brands) accounted for 1.27 per cent of the UK soft drinks market, including bottled water and dilutables, up from 1.12 per cent in 2003 (Zenith International).

Zenith International’s sports and energy drinks expert Sophie Carkeek says: “While there are obvious differences between energy and sports drinks to those in the trade, the distinction is not so clear-cut among consumers. In the end, consumers have developed their individual preferences over what to consume for what kind of energy boost at any given occasion.”

Despite its taste and the global brand recognition of Sprite, industry sources say Sprite 3G will have to fight a very determined battle even to dent the market share enjoyed by Red Bull. One retailer, which stocks Red Bull and a cheap own-brand alternative, says Coke may face difficulty in securing shelf space, already limited, for a third functional energy drink. But another industry insider is more upbeat, saying: “A really good-tasting drink is what the energy drink sector is missing. That’s the thing that would give Sprite 3G a fighting chance.”

Sprite 3G will be on shelves in impulse retail convenience stores from September, followed by supermarkets in January, so the industry must wait to see if the drink’s taste can really make a difference in the energy drinks market.

Red Bull managing director Harry Drnec is dismissive of Sprite 3G’s chances: “Our soft drink has a value: it performs a function. Coca-Cola trying to attack us on a taste platform is like a little old lady hitting me with her handbag. We couldn’t care less about taste. Taste is not the reason 300 million lorry and taxi drivers, shift workers and students will buy our drink this year.”

Drnec claims Red Bull and its low-sugar variant have a taste that 25 per cent of people love, 25 per cent hate and 50 per cent like better the more they drink it. “But if someone is exhausted and driving down the motorway on a bleak night, 50 miles from anywhere and has a chance to stop for a drink, are they going to get a coffee or a Red Bull? Who cares how it tastes?”

Drnec also rejects the idea that Coca-Cola could “out-market” Red Bull: “Coke is a big brand but in terms of integrity, it has become lazy. It sticks a poster on anything that doesn’t move and many things that do. We don’t do posters, T-shirts, hats, jackets or anything else. We are product-led and marketing driven. Our sampling teams don’t stand on street corners handing cans out. They go find people who need Red Bull, like taxi drivers.” 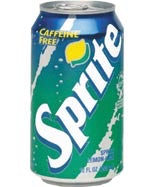 One industry insider agrees with Drnec’s assessment of the present energy drinks market and claims that even Britvic doesn’t bother putting sufficient weight or marketing spend behind its Red Devil brand to make it a contender because Red Bull is too far ahead to make it worthwhile.

But Britvic category director Andrew Marsden disagrees: “Red Devil is an on-premise brand; anywhere you can buy Red Bull you can buy Red Devil. Britvic acquired it two years ago and though small, it’s growing quite nicely. Plus, unusually for what I call the hedonistic energy sector, it tastes rather nice.”

Britvic also distributes and markets Gatorade in the UK for PepsiCo. Although Gatorade has limited distribution in the UK, it is the world’s biggest sports drink, accounting for 90 per cent of that market in the US. Gatorade, named after the drink scientifically formulated to rehydrate the Florida University Gators football team in across the world, not least by Lucozade Sport which has just opened its own sports institute similar to the Gatorade Sports Science Institute in the US.

“The sports and energy drink sectors have existed here in the UK for more than a decade and have grown remarkably quickly,” says Marsden, “but they are still a relatively small part of the overall soft drinks market. British athletes already know the differences between sports and energy drinks. UK consumers will begin to make that distinction more and more in the future.”

But Drnec dismisses the distinction and with it the scientific evidence to prove that athletes who consume carbohydrate electrolytes through sports drinks can outperform opponents in the later stages of an event. He says: “What’s a sports drink? It’s a drink used by athletes to replace fluids. The biggest sports drink of all time is plain tap-water.”

With the European functional energy drink sector looking forward to a predicted growth of seven to nine per cent annually during the next five years, according to Zenith International, there may just be room in the market for Coke to make a contender out of Sprite 3G.

It’s been a bit of a drab summer, really. Lots of grey days, scruffy off-white skirts everywhere and cricketers giving interviews in nasty Formula One-style tracksuits instead of nice sharp suits. What the country needs is a touch of glamour, and who better to provide it than, er, Glamour magazine? From September 5 to 10, […]

Clear Channel, the largest radio network in the US, has reported a fall in earnings for the second quarter of 2005 from $254m (&£142m) last year to $221m (&£124m). It attributed the losses to a policy, launched at the start of the year, of reducing the amount of advertising airtime across its stations.

Barely a week goes by without another scene being played out in the long-running pantomime at Interpublic Group (IPG). Last week, the troubled marketing services group found out that it would have to defend its hold on the $600m (&£340m) Bank of America (BofA) account, after the bank shortlisted WPP Group and Omnicom to pitch […]