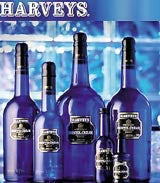 Marketers are pushing dry sherry as a trendy drink. But with the market still Christmasand cream-skewed, their work is cut out, says Victoria Furness

The humble sherry, more commonly associated with grannies’ sideboards than with hip 30-somethings, could be on the verge of a renaissance. The latest figures from AC Nielsen show a three per cent year-on-year growth in the value of the sherry market in November/December 2002. What is more, while the total market for sherry and similar products (which includes other fortified wines, excluding port) fell by two per cent in 2002 in volume terms, sherry increased its share of that market by 5.8 per cent.

This could represent good news for an industry that has been hampered by an unfashionable image, and which has been in decline since 1979. “The quality of sherry declined,” says writer and broadcaster John Radford. “No one questioned it until the early Eighties, when wines from Australia and California appeared.” Wine quickly filled the gap left by sherry. It was perceived as having greater versatility because consumers knew it could be consumed with food.

As a consequence, the global sherry export market halved by volume between 1979 and 1999, and the UK market has been declining by value since 1996. However, a number of factors could be changing customer’s perceptions about sherry. More people are visiting Spain and Spanish influences have begun to feed into British habits. Consumers have also become more experimental in their drinking habits and are trying the drier varieties of sherry, such as Finos and Manzanillas. “Drinking occasions for dry sherries are much more varied and that’s why it has been much more successful,” says Waitrose wine buyer Nick Room.

Marketing has also played its part, not only in raising brand awareness but in educating consumers about how to drink sherry. In June 2001, the Sherry Institute of Spain ran a campaign to promote Spanish wines, which included an ad for sherry.

The main sherry distributors have also ploughed money into rejuvenating their brands. First Drinks, in particular, has invested heavily in promoting Tio Pepe, the dry sherry brand it distributes in the UK. In March 2001, the company relaunched and repackaged the brand to promote the sherry more as a white wine, which should be served chilled in a wine glass. But Tio Pepe only represented one per cent of the sherry market by volume in November/December 2002, according to Nielsen.

More recent campaigns by advertising agency Burkitt DDB have promoted Tio Pepe as a wine to drink either before or with food. “It’s not about competing with premium packaged spirits such as Bacardi Breezer,” says First Drinks customer marketing manager Paul Evans. “It’s about the role sherry can play alongside wine and premium packaged spirits.”

First Drinks is not alone in trying to persuade younger drinkers to try sherry. Last summer, John E Fells &amp; Sons, the UK distributor of Barbadillo’s dry sherries, repackaged and repositioned its Solear brand as a dry wine that should be served chilled and could be drunk with food.

Despite being the fastest-growing sector within the sherry market, however, dry sherry is still only a very small player. The cream and sweet sherry market – which includes brands such as Harveys Bristol Cream and Croft Original – is three times the size of the dry sherry market.

Harveys Bristol Cream, owned by Allied Domecq Spirits &amp; Wine, leads the market, achieving a 26 per cent volume share in the November/December period. Its marketing strategy, aimed at existing sherry drinkers, has promoted drinking sherry all year round, and as a chilled drink. “Christmas has always been the big sale period for sherry and that’s the problem, because it’s a summer drink,” says Radford.

Last year, Allied Domecq ran a sampling campaign at indoor and outdoor locations to offer consumers the chance to taste Harveys sherry over ice. Peter Noorkoiv, chief executive of CBH Creative Marketing, which manages advertising for the brand, says: “We wanted to extend the number of times you’d think about having a sherry.”

There has been little marketing activity by Croft Original, the second-biggest selling sherry in the UK, with a 22 per cent share by volume, since it was bought by Gonzalez Byass in 2001. First Drinks, appointed by the new owner to distribute the sherry, has conducted research into the brand and has asked Burkitt DDB to develop an advertising strategy. Evans says: “The Croft spend has yet to be determined. But we will definitely do something around Croft in 2003 because it deserves it.”

Both Harveys and Croft have been heavily price-promoted to boost sales. Some in the industry argue this is contributing to the long-term decline of the sherry market. “Sherry is very much in decline because it is being treated as a commodity and not a fine wine,” says John E Fells &amp; Sons brand manager Ben Campbell-Johnston. He adds that some brands have even been priced as low as own-label sherries, which account for 42 per cent of the sherry market by volume.

There are also inherent problems in being content merely to target existing sherry drinkers. “The traditional sherry consumer is an aging consumer,” explains Campbell-Johnston.

British drinkers are a fickle bunch and, despite sherry’s repositioning, it is likely to be several years before hip 30-somethings even think about ordering a glass of sherry over ice in their local.