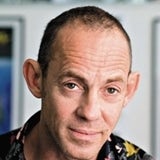 But some have claimed the model of a successful agency has moved on and that “old school” ad execs must change the way they work to replicate their original successes. Debbie Morrison, director of membership services at the Incorporated Society of British Advertisers, says: “For any business to stand still is a dangerous precedent. Every agency has to look at itself and where it sits in the market. Anyone resting on their laurels and thinking they can trade the way they did 20, ten or even five years ago is mistaken. All agencies have to continue to adapt.”

Morrison thinks the model used by the likes of Fallon, Mother and Bartle Bogle Hegarty is “the future”. But Paul Simons, former Ogilvy &amp; Mather chief executive and founder of Simons Palmer Denton Clemmow Johnson, says their set-ups are nothing new.

“Fallon is a good agency but I think it’s actually a traditional model,” he adds. “It is Simons Palmer revisited. It followed everything we did and has created a younger version of it. Are these newer agencies different? The answer is a resounding no.”

The former D’Arcy team of Barry Cook, Nick Hastings, John Quarrey and Malcolm White resurfaced last year to set up Krow, which has since picked up Fiat’s UK advertising account (MW March 23) and the launch of the Alfa Romeo Brera (MW February 9). Cook believes clients are frustrated by the lack of access they get to senior staff at network agencies. He adds: “When you get near the top of a big company you have a huge amount of experience but don’t spend much time on the things you’re good at. It’s more about internal issues and meetings than clients. We felt there was an opportunity to create a differently shaped organisation.”

One industry source links the trend to the dearth of top-class chief executives in the industry. He says: “If you’re talented and absorb what’s been going on you’ll be able to refine your game.”

Simons points out that marketing directors in their thirties are of a completely different generation to agency veterans such as Lowe. “Someone like Frank or Kevin Twittey will have a fantastic black book of contacts, but they need to make sure they have people within their teams who can bridge that generation gap,” says Simons.

Surely the most high-profile comeback in advertising history was the return of Maurice and Charles Saatchi. The brothers set up M&amp;C Saatchi in 1995 after being ousted from Saatchi &amp; Saatchi by rebel shareholders. The new incarnation has gone from 30 people in one room with no clients, to 750 people in 15 offices around the world.

Not all second comings have been so successful but that is unlikely to stop some of the industry’s best-known names trying to prove they can do it again. Chairman of Agency Assessments David Wethey says: “It’s such an exciting time now that it would be more surprising if people didn’t come back.”