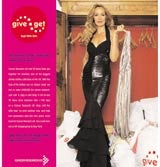 Cancer Research UK, the country’s biggest charity, has appointed Eli Lilly board director Maxine Taylor as the charity’s executive director of policy and communications, to head its marketing and advertising.

Taylor takes up the post in April and succeeds Professor Robert Souhami, who retires at the end of March.

Taylor is a former director of marketing and communications with the British Heart Foundation and has also held senior positions in the Cabinet Office and in the office of the Government’s chief scientific adviser.

Bartle Bogle Hegarty and Ogilvy &amp; Mather handle advertising for the charity. BBH handles the anti-smoking campaign as part of a Department of Health project shared with the British Heart Foundation.

Last year Cancer Research UK tested its first direct-response television ad aimed at increasing the number of legacy donations. The 40-second ad, created by WWAV Rapp Collins London, used a montage of home movie-style vignettes. The ads highlighted the fact that more than half of the charity’s research is funded by legacies.