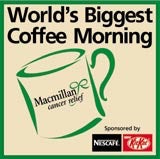 Cancer charity Macmillan Cancer Relief is reviewing its &£2.5m advertising business and has appointed PHD to handle its media buying and planning account.

The charity says it is reviewing how it works, and will appoint advertising agencies to handle different, undisclosed, projects. J Walter Thompson has produced high- profile advertising for the charity in the past, but Macmillan Cancer Relief claims it has not worked with the agency for a year.

The review will be overseen by head of fundraising and communications Judy Beard, and will be handled by the AAR.

The charity has a roster of agencies including Clark McKay Walpole, Barraclough Edwards Chamberlain, Different Kettle and Whitewater. Radar Media was the incumbent media agency, which also this week lost the Porsche account to Starcom MediaVest.

Macmillan Cancer Research, which has an annual income of &£77.4m, was founded in 1911 by Douglas Macmillan after seeing his father die of cancer. It has since become one of the UK’s largest charities, specialising in offering support services to the 1 million cancer sufferers in the UK.

The charity is best known for its 2,500 Macmillan nurses, who provide specialist cancer care.