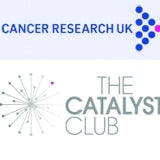 The charity hopes that its “Create the Change” campaign can attract high-end donations from individuals, trusts and foundations around the world, particularly the Middle East and the US, to fund its £160m contribution to The Francis Crick Institute.

Because the institute is being created in partnership with the global organisations Medical Research Council, the Wellcome Trust and University College London, Russell Delew, director of major giving at Cancer Research UK says the charity can look outside the UK for funding, which it has not done before.

The charity is also ramping up its Catalyst Club major donation programme, which was introduced in May 2011 to attract 100 philanthropists each able to donate £100,000 over three years.

Its patron, former Dragons’ Den star James Khan, features in an online advertising campaign targeting high net worth individuals. Khan and the charity will also host a number of private dinners, including an event at Downing Street hosted by George and Frances Osborne, to attract future donors.

Delew adds: “High value is a new area for us to focus on. We’ve grown as a result of mass giving and 90% of our donors give around £10, but we have to have an offer that appeals to the high end. If we are asking for major donations, these kinds of philanthropists want to see where that money is going. It’s a version of what galleries do with patrons and offering additional benefits for support.”

The Catalyst Club was set up with the specific aim of raising the £10m needed to invest in researching “personalised medicine” that Cancer Research says could revolutionise treatments. It hopes to develop a test that can identify which kind of treatment would be most successful for a cancer patient at the point of diagnosis.

Once it achieves its fundraising target, the charity will move on and could launch a similar “club” initiative to raise funds for another specific cause.

It could potentially mean that instead of going through long, traumatic and expensive radiotherapy or chemotherapy treatments only to find that they have not been effective, patients would be give in the treatment that is most effective. 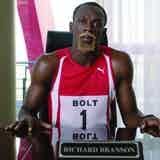