The Dryathlon campaign focuses on the willpower required rather than the health benefits of giving up alcohol for a month.

Participants, will be known as ‘Dryatheltes’, and are encouraged to appeal to friends and family for sponsorship or pledge the money they save from not drinking.

As part of the campaign participants can also pledge £15 to Cancer Research UK to obtain a ‘Golden pass’ allowing them to take 24 hours off from the challenge during the month. It says this can be used for events such as weddings or birthday celebrations.

A Facebook page, Twitter account and microsite have been created to support the campaign, which will allow users to see where they sit on a leaderboard of participants, support each other and get fundraising tips.

Cancer Research UK has also developed a tool to calculate how much money and how many calories they have saved by “going dry” throughout the month.

The website also features interactive add-ons like the ‘alcohol calculator’, allowing Dryathletes to find out how much money and how many calories they are saving by going dry for January.

The Dryathlon initiative is part of the cancer charity’s efforts to target a young male audience, which typically doesn’t engage with charity fundraising as much as other demographics.

Strategy director Nick Grant told Marketing Week last year that the charity was looking for ways to reach the audience and said it was hoping to find its “Movember moment” and emulate the success that men’s health charities have had raising awareness through the month-long moustache growing initiative.

Press, radio and digital advertising will run towards the end of the year and throughout January alongside a PR campaign. Cancer Research has also partnered with Men’s Fitness magazine to provide additional health-focused content around activities to do during January.

Ed Aspel, head of innovation delivery at Cancer Research UK says: “We know that many people already decide to go dry throughout January, so with Dryathlon, we’re giving them an extra reason to stick to their guns and make it through the month.  We’re hoping the challenge element to the campaign will help us appeal to a different audience to many of our other campaigns and are really excited to see how it goes.”

The campaign was created by Killer Creative and Manifesto Digital. If successful it could become an annual campaign. 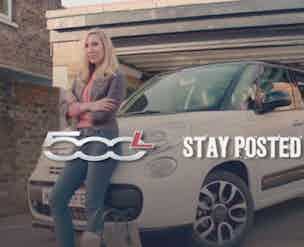 Fiat is embroiled in a Twitter storm over accusations that its latest ad for the Fiat 500L copies an earlier ad from rival car marque Toyota. 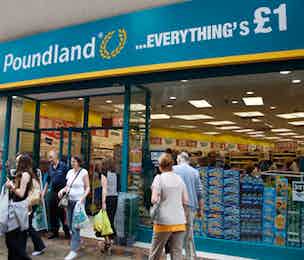 Steve Hemsley’s feature ‘Looking for a visual feast in the tablet experience’, brings to the fore the growing importance of tailoring the design of websites and apps for each of the different devices available.