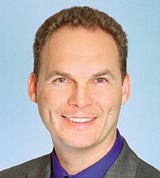 Active International chief Tony Wheble has turned down the offer to become managing director of EMAP Advertising, choosing instead to take charge of a holiday villa company.

Wheble was offered the job at EMAP left vacant by the departure of Dave King, who left in December to become executive director at the Telegraph Group.

However, Wheble has declined the offer and instead is leaving his position as managing director of corporate trading company Active International to become managing direct at James Villa Holidays.

Wheble was pursued by EMAP because of his broadcast experience. He is a former commercial director at Flextech TV and group managing director at TV Travel Shop. EMAP is believed to be keen to find a former television sales chief to replace King.

He has close personal links with James Villa, an independent holiday company specialising in properties in the Mediterranean and the US, and will start his new job on May 16.

Active International is seeking to replace Wheble. An internal appointment is likely.