As a result of the implementation Newhall Publications, owners of Candis, estimate that they have made productivity savings of £10,000 in one year.

“Before using postcode validation, a member of the admin team would spend a minimum of ten hours per week correcting data manually. If you equate this to paying someone £7.50 per hour at ten hours, after 52 weeks of the year it amounts to an annual saving of £3,900,” said Newhall Publications IT director Chris Harman.

Rapid address entry software from Postcode Anywhere has been integrated into the call centre system, alongside BACS verification tools to check bank details. Before the solution was adopted, one in 50 direct debits out of a total of 60,000 were rejected. Call centre operators would have to re-contact subscribers to obtain new details, often leading to a lost sale.

“The admin time spent was significant as well as the cost of lost revenue calculated at two per cent of 60,000 subscriptions multiplied by £35, which equals an annual saving of £4,200. The consolidation of the two services has also saved us £1,500 in licence fees, making an overall yearly saving of £9,600,” said Harman.

An audit of the subscription base by Royal Mail found an accuracy level of 99.8 per cent, one of the cleanest auditors had encountered. 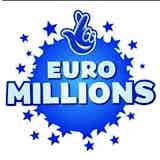 National Lottery parent company Camelot has the fastest growing website this year, thanks to an ad campaign for EuroMillions, according to research. 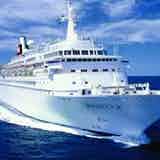 Fred Olsen Cruise Lines is overhauling its marketing strategy to target a broader and younger demographic of customer.