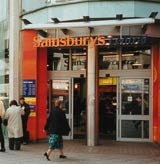 The Committee of Advertising Practice (CAP) has told food companies that they risk being censored by the advertising industry watchdog if they claim organic products are safer or tastier than conventional food.

Guidelines drawn up by the CAP in consultation with the industry, and published this week, aim to ensure that organic food companies provide consumers with accurate information about their products.

Over the past two years, the Advertising Standards Authority (ASA) has upheld complaints about ads for organic products from several well known companies including Tesco, Sainsbury’s and the Soil Association (SA).

The SA had its knuckles rapped for claiming organic food was better on taste, was healthier and more environmentally friendly. SA marketing director Martin Cottingham says that CAP has agreed to look at a SA report, due out in August, which examines the nutritional difference between organic and non-organic foods, and revise its guidelines if necessary.

CAP’s guidelines state that advertisers should not claim that organic food production uses no chemicals, fertilisers, herbicides or pesticides as some of these substances are approved by the UK Register of Organic Food Standards. They also warn against claiming organic food tastes better than similar conventional products unless they have “convincing taste test evidence that makes consumers believe that to be the case”.

Other points covered in the guidelines include price claims, health and safety and environmental claims.