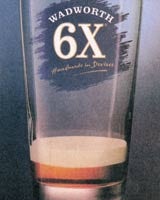 The advertising authorities are expected to clamp down on real ale brand Wadworth 6X’s press and poster advertising, which links sex to the brand. The ads use different taglines around the theme of sex such as “6X starved.”

The Committee of Advertising Practice (CAP), which creates and advises on the industry’s self-regulation code, which is enforced by the Advertising Standards Authority (ASA), has written to the brewer about the non-compliance of the ads to its code. It is thought that CAP has asked Wadworth 6X to put an end to its current advertising. The CAP code says that no alcohol advertising can suggest that a drink could lead to sexual success.

The ad campaign was created by Bristol-based agency Church.

The Advertising Standards Authority (ASA) has upheld 27 complaints against a recent promotion run by cosmetics company Avon, offering free phones. Earlier this year customers were offered vouchers redeemable against free pay-as-you-go or pay-monthly phones from Orange when spending &£15 or more on Avon’s Anew range. Demand outstripped supply and customers complained that they had been unable to redeem their vouchers.

The ASA has upheld complaints against The Sun, which ran a promotion for free Simpsons computer games CDs worth &£19.99. It censured the newspaper for misleadingly implying that the CD contained a full version of the Simpsons game and was not a promotional copy. The promotion triggered 55 complaints.